When colorblindness is artistic blindness.
Or, life unworthy of life.
Team Choice’s rhetorical tactics after Dobbs v. Jackson.
A journalist’s new book — and that fight between Zoey Tur and Ben Shapiro.
In July, 2015, Ben Shapiro and Zoey Tur appeared as part of a panel discussion on Dr. Drew On Call. At the time, Shapiro was an editor for Breitbart. Zoey Tur
A lone hero against a world gone mad.
I was listening to WNYC, a National Public Radio affiliate in New York City. The station is so left it’s a safe assumption that the break room includes a
The Truth and Beauty: How the Lives and Works of England’s Greatest Poets Point the Way to a Deeper Understanding of the Words of Jesus is an April, 2022
I want to run away, I posted on Facebook after I heard about the white supremacist Buffalo, New York, grocery store shooting, followed quickly by the
This essay is not an argument for or against legal abortion. I think, for reasons I won’t detail here, that abortion should be legal. Even if Roe is overturned
David De Jong’s new book is brilliantly written, provocative, and necessary.
And her students surprise her.
Richard Weikart’s new book cuts through political manipulation of history.
The remedies we need to try.
Woke overlords recognize Ukraine as a threat to their hegemony.
Concepts of death influence cultures; even atheists benefit from understanding them.
A must-read, essential book.
Dear Collette, For the past four days, I’ve been thinking about writing this letter. I couldn’t write earlier because I was crying. Four days ago, I got
A letter from the ghetto to the suburbs. 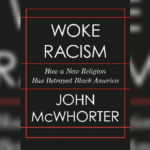 John McWhorter is a professor of linguistics, American studies, and music history at Columbia University. He has also published in numerous prestigious outlets 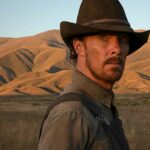 Eight people, three dogs, multiple cats and reptiles, in a tiny house with one bathroom. The TV was black-and-white, with a screen not much bigger than many
Editor’s note: The management of the Breakers Hotel in Palm Beach, Florida recently informed the David Horowitz Freedom Center that the hotel will no longer

[Order Robert Spencer’s updated and expanded book, Did Muhammad Exist? An Inquiry into Islam’s Obscure Origins.] Historicity is the quality of being
Facebook friend David was talking about how great it is to be a Marine. David uses present tense, even though it’s been years since he’s been in uniform. There
I approached this lecture, semester after semester, with the focus of a medieval knight challenging the dragon threatening to incinerate the village. I needed
« Previous Page
Next Page »