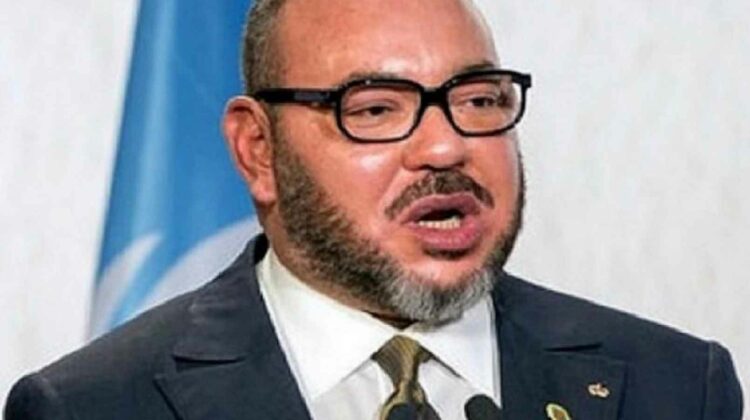 Four Arab countries – the United Arab Emirates, Bahrain, Sudan, and Morocco – have now joined the Abraham Accords and “normalized ties” with Israel. While much attention has been paid to the business deals – involving trade, technology, and tourism – made between Israel and the UAE, that in the first year now amount to $675 million worth of agreements, from Morocco comes another sort of tie that binds, and that transcends business: It Is the rediscovery and restoration of Morocco’s Jewish past. A report on this effort is here: “Moroccan King Orders Restoration of Hundreds of Jewish Sites,” Algemeiner, December 13, 2021:

King Mohammed VI of Morocco recently introduced an initiative to restore hundreds of historical Jewish sites in the kingdom, according to Arab media reports.

The move is part of the rapprochement between Rabat and Jerusalem, which resumed diplomatic relations earlier this year as part of the Abraham Accords, according to the reports.

The rapprochement was helped along by the Trump Administration, which persuaded Morocco to join the Abraham Accords and, by way of encouragement, announced that Washington recognized Morocco’s claim to the western Sahara, long disputed between, and fought over by, Morocco and the Algerian-backed Polisario Front.

Morocco’s recent royals have been well-disposed to Jews. The present king’s grandfather, King Mohammed V, protected the 250,000 Moroccan Jews during World War II from both the Nazis and Vichy authorities. He prevented roundups, most famously in Casablanca. He refused to enforce Vichy’s anti-Jewish legislation. He publicly declared that “There are no Jews in Morocco. There are only Moroccan subjects.” No Moroccan Jews were deported or killed during the war.

His son King Hassan II was similarly well-disposed to Jews, and employed a Moroccan Jew, Andre Azoulay, as one of his advisors. Azoulay has for many years been the senior adviser to his son, King Mohammed VI.

The plan [for restoring Jewish sites] is expected to see the renovation of hundreds of synagogues, cemeteries and Jewish heritage sites in several cities in Morocco, among them the Jewish cemetery in the city of Fes, which includes 13,000 graves.

The monarch has also reportedly decided to reinstate the original names of some of the country’s Jewish neighborhoods.

Several Jewish museums have already been opened in Morocco, alongside other initiatives seeking to cater to the growing interest in preserving Moroccan Jewish heritage.

Israel welcomed the initiative, which comes as the two countries mark the first anniversary of their newfound alliance.

Last month, Israeli Defense Minister Benny Gantz made his first visit to the kingdom, where he met with his Moroccan counterpart Abdellatif Loudiyi. The two inked a memorandum of understanding formalizing defense ties between the two nations and allowing for smoother cooperation between their defense establishments.

In restoring Jewish sites throughout Morocco, King Mohammed VI has several goals in mind. He wants Arab Moroccans to recognize and appreciate the Jewish presence in, and contribution to, the country, that have been overlooked or forgotten since the mass exodus of Jews to Israel and France in the post-1948 period. In the same vein, he has made Jewish history and culture, beginning in 2021, a required subject of study for all students during the last year of primary school. The move aims to “highlight Morocco’s diverse identity,” according to Fouad Chafiqi, head of academic programs at the Ministry of Education. Now Moroccans will have that Jewish part of their country’s past made visible with the restoration of synagogues, cemeteries, and heritage sites, including the “mellahs,” the neighborhoods where the Jews used to live.

The King wants to make his own people amenable to closer ties with Israel, and thinks that emphasizing the country’s Jewish heritage, by restoring Jewish sites for all to see, will contribute to that effort. He wants Israel as a security partner, able to supply needed weaponry and training to the Moroccan army. Israeli Defense Minister Benny Gantz and Moroccan Minister of Defense Abdellatif Loudiyi have already signed a memorandum formalizing defense ties. Israel has weaponry, including military drones and the Iron Dome missile defense system, that the Moroccans would like to purchase.

The King would also like to make Morocco a tourist destination for Israelis, and especially for the one million Israelis of Moroccan Jewish descent, many of whom have already begun to revisit the country of their ancestors. The rebuilding of those Jewish heritage sites is aimed at making Morocco more attractive to that market.

Finally, the King is hoping that with this rebuilding of Jewish sites across Morocco, and the addition of Jewish culture and history to the required curriculum in the nation’s schools, that he will win the favor of Jews worldwide, but especially in the United States. He knows the power of the Israel lobby in Washington; why not give that lobby another reason, beyond the Abraham Accords, for promoting Moroccan interests in the corridors of American power?