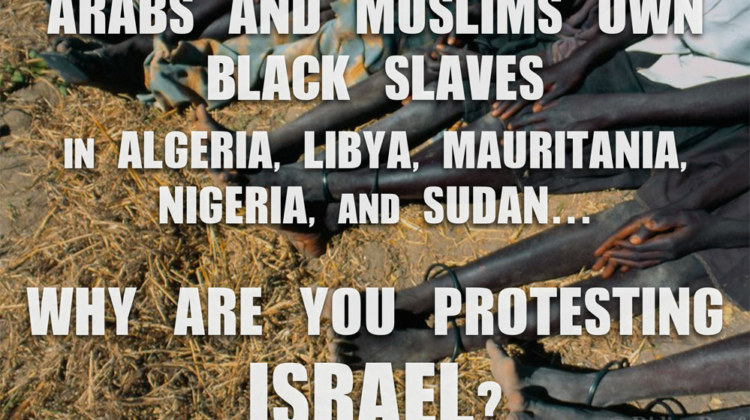 In an outrage to the Jewish community, it has apparently become acceptable for people to picket synagogue services, and accuse the Jews inside of murder, imperialism, and the very acts of genocide visited upon them by the Nazis.

“They portray themselves as kindly types who bring their detractors tea and wish them a nice day, while they espouse Holocaust denial and anti-Semitic global conspiracy theories… And their hate fails to alarm some progressive leaders who would be rightfully shouting from the rooftops if this were a mosque,” Beth Israel’s rabbi, Nadav Caine, told Ryan Stanton of Michigan Live.

The local protest group in question, Jewish Witnesses for Peace and Friends, is led by Henry Hirskovitz: “We’re not there because they’re Jews. We’re there because they’re Jewish Zionists,” he told the same reporter. Hirskovitz, apparently a former congregant who fell out with the temple due to political differences, leads an organization whose website proudly features a picture of a woman holding a sign saying, “Zionists Picnic While Palestinians Starve. The World is Watching.” This is Jewish anti-Semitism at its purest.

After 16 years of suffering such venomous harassment, in 2019, long-time Beth Israel congregant Marvin Gerber had had enough and filed a lawsuit against Hirskovitz and his deluded, hate-filled protestors. The suit cited how their actions were insulting to the congregation, impeded their ability to walk to the temple and pray in peace, and exposed young children to vicious anti-Jewish propaganda. Miriam Brysk, a Holocaust survivor and member of a smaller synagogue located on Beth Israel’s grounds, joined as a second plaintiff.

On August 19, 2020, in her official opinion, District Court Judge for the Eastern District of Michigan Victoria Roberts stated that Hirskovitz and his group’s actions constituted lawful speech and peaceable assembly protected under the First Amendment.

Gerber plans to appeal the decision. But in the meantime, the rabbi and his congregation can and should take the initiative against these brainwashed defamers of Israel.

Here’s what we suggest: a program to educate the public — in a unique and dramatic way — about how anti-Semitism works.

The picketers hide behind a claimed concern about “human rights.” But this is a fraud. Horrific human rights abuses abound from one end of the planet to another, but anti-Zionists zoom in on Israeli conduct exclusively and portray its real and (more often) imagined humanitarian imperfections as uniquely cruel. This “zoom lens” strategy is the essence of anti-Semitism.

As Alan Dershowitz writes in his classic book The Case for Israel, “A good working definition of anti-Semitism is taking a trait or an action that is widespread, if not universal, and blaming only the Jews for it. That is what Hitler and Stalin did, and that is what former Harvard University president A. Lawrence Lowell did in the 1920s when he tried to limit the number of Jews admitted to Harvard because ‘Jews cheat.’ When a distinguished alumnus objected on the grounds that non-Jews also cheat, Lowell replied, ‘You’re changing the subject. I’m talking about Jews.’”

That’s exactly what the synagogue picketers are doing. Like Lowell pretended to care about cheating, but only cared about Jewish cheating, so Hirskovitz and Co. pretend to be for “human rights,” and to care for Arabs killed in conflicts, but, in fact, they only care about Arabs who are killed by Jews. It’s not about Arab lives. It’s not about justice. It’s about Jewish behavior.

According to the vehemently anti-Israel NGO B’Tzelem, in the 27 years between 1987 (the First “Intifadah”) and 2014 (Operation Protective Edge), Israeli counter-terrorism measures killed a grand total of 8,441 Palestinians. But in only nine years (2011 – 2020), Arabs killed 586,100 Arabs in the Syrian Civil War, according to the Syrian Observatory for Human Rights’ report. Hirskovitz and Company were nowhere to be seen. Nor have they likely been writing about the grand slaughters of the last century, like those in the Soviet Empire (at least 20 million) and Máo’s China (perhaps 65 million). For him and his kind, only Israeli behavior — and it’s microscopic “massacres” — count.

The same disproportionate concern with Jewish conduct and its concomitant erasure of truly horrid crimes in Israel’s neighborhood and beyond can be endlessly extended.

So let us turn the tables. My organization, Americans for Peace and Tolerance, developed a way to counter such lies by moving the spotlight from fantasies of Israeli evil to the hideous human rights atrocities which appear not to really trouble this world’s Henry Hirskovitzs.

We produced a series of meme posters highlighting the moral hypocrisy of anti-Israel arguments, particularly those of the BDS movement. They can be downloaded here, or directly and in full resolution from our website.

1. Arabs and Muslims have black slaves: Why haven’t the picketers visited a local mosque? Indeed, Muslims own black slaves across North Africa by the hundreds of thousands — today. The vast majority of the slave owners are the Palestinians’ fellow Arabs. These slaves are bought, sold, rented, and raped. There have been almost no abolitionist movements within the Muslim world to free these slaves. Anti-Israel activists have never protested on their behalf — and now we know why: because it would distract from and destroy their message that Israel is deserving of unique and strenuous condemnation.

2. Treatment of women: Anti-Zionism attracts feminists, who see in the Palestinians an alliance with “other victims” of Western patriarchy. Well, in Iran, thousands upon thousands of pre-pubescent girls have adult husbands. According to the Islamic Republic’s own government records, between 2013 to 2017 alone, 175,774 girls below the age of 15 were sold as child “brides.” But, of course, combatting state-sanctioned child rape is missing from the anti-Israel agenda. It would distract.

3. Religious persecution: Christianity was once the near-universal faith in the Middle East, but today, it is a dwindling minority religion. In centuries past, Christian peoples were destroyed by force of arms. In recent years, tens if not hundreds of thousands of Middle Eastern Christians have been murdered and persecuted into near-extinction, due to systemically violent Muslim contempt. Ancient Christian communities — some speaking the same Aramaic tongue Jesus spoke — have been nearly exterminated, with some of those captured by Islamic fighters crucified as an encouragement for others to accept Islam. Sure, Mr. Hirskovitz, let’s decry Israel’s human rights record, even when Israel’s Christian population is thriving and on the rise.

4. Gays murdered: The LGBT+ community — like Western feminists — has become “Palestinianists,” despite the fact that in 13 (Muslim-majority) countries, most infamously Iran, homosexuality is a capital crime. In Israel, however, gays march every year in the massive Tel Aviv Pride Parade. “Ah,” say the leftist gays, “you are ‘pinkwashing’ — distracting from Israel’s crimes by showing us gay pride parades!” The answer is simple: “You are the ones who distract from the crime of anti-gay murder by focusing on the Jews.”

5. Boycotting Jews is what Nazis do: Hirskovitz wants people to boycott the Jewish state. The most infamous anti-Jewish boycotts were those of the Nazis. Our poster depicts the iconic first large-scale boycott of April 1, 1933, by Nazi stormtroopers. Why not boycott Arab oil?

One more lesson: The Jews are not the biggest victims of Hirskovitzian gangs. In order to focus on the Jewish state, they have to ignore the actual victims of the crimes of other nations — which, as we have shown, are many times worse than even those of which they accuse the Jews. More, even, than putting disproportionate onus upon the world’s only Jewish state, the anti-Zionists abandon those who most need human rights action: the slaves of Algeria, Libya, Mauritania, Nigeria, and Sudan; the women; the gays; and the persecuted minorities of the Muslim world. Anti-Zionism, then, is a double sin.

The best way to defeat the “zoom lens” strategy is the “wide shot” strategy. Attack Israel’s enemies by exposing them as moral hypocrites who ignore actual, astronomically worse moral abominations, happening outside of their cropped frame, in order to perpetuate their anti-Semitic narrative.

I invite Rabbi Caine, and indeed any Zionists, to freely use these posters, or to produce their own based upon the same strategy, in countering defamers of Israeli and Jewish moral conduct.

Charles Jacobs is President of Americans for Peace and Tolerance. Ben Poser is APT’s research director.