Iran is one of the most dangerous nations on earth and has been identified as being the greatest state sponsor of international terrorism. For decades
On June 17, 2021 AOL published an Associated Press report under the title, Justice Dept.: Missouri governor can’t void federal gun laws.  This
On May 13, 2021 Newsweek published an interesting article about an element of the immigration crisis, Asylum Seekers Dropped Off by Border Patrol Strain
It is hardly a secret that I have been critical of the efforts by a succession of administrations to fairly but effectively enforce our nation’s immigration
On April 27, 2021 the Department of Homeland Security (DHS) issued a press release, DHS Announces Operation to Target Criminal Smuggling Organizations, that
It has been said that “Beauty is in the eye of the beholder.” The border crisis endangers national security, public health and public safety, yet for the
The disaster on the U.S./Mexican border has catapulted the issue of border security to new levels of importance. Therefore, the Biden administration’s pick for
Americans have finally gotten a glimpse of the horrible conditions under which the Biden administration is essentially warehousing alien children who show up
On February 28, 2021 the New York Times reported: Biden’s Immigration Plan Would Offer Path to Citizenship For Millions. In reviewing the Biden
On February 18, 2021 the Washington Post reported, Biden memo for ICE officers points to fewer deportations and strict oversight. Here is how that news 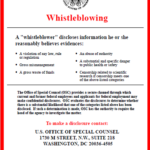 Candidate Donald Trump promised that if he was elected President he would “Drain the swamp.” (The term “Swamp” to describe the pervasively corrupt
President Joe Biden is opposed to nearly everything that Trump stood for.  Biden’s dangerous immigration policies have been the focus of a number of my
Not unlike Donald Trump, during the Presidential campaign, Joe Biden turned immigration into a major issue.  However, unlike President Trump who promised
On December 16, 2020 the Justice Department issued a press release about the arrest of alleged terrorist, Cholo Abdi Abdullah, who was conspiring with
On May 5, 2005 the House Subcommittee on Immigration, Border Security and Claims conducted a hearing on the topic, New ”Dual Missions” Of The Immigration
Whether the issue is “Climate Change” or ways of dealing with COVID-19 the Radical Left ridicules anyone who would dare to question their positions on critical
Despite the optimistic campaign slogan “Build Back Better,” in reality, Joe Biden and Kamala Harris and their Radical Leftist political cohorts are waging a
On February 21, 2020 the Department of Justice issued a press release, New York City Police Department Officer Charged with Acting As an Illegal Agent of the
Today, even as we remember the terror attacks of September 11, 2001, America finds itself under attack by anarchists and Radical Leftists and violent criminals
The radicalized Democrat Party has become the adversary of freedom in America. The Democrats have sought to delegitimize the results of the 2016 election
Back on March 18th of this year, I wrote an article, “Because of the Coronavirus, Borders Suddenly Matter” which noted that New York State even establishes
The chant “No Justice – No Peace” ignores a fundamental fact: there can be no justice without peace. This is why law enforcement officers may be referred
With all of the focus on using the term “immigrants” to describe all aliens present in the United States irrespective of whether they have actually been
America has faced massive demonstrations and riots in the wake of the incomprehensible death of George Floyd allegedly Minnesota Police Officer Derek Chauvin
My previous article, For Dems to Succeed, Americans Must Fail, which was published on May 19, 2020 now appears all too prophetic as cities across the
« Previous Page
Next Page »