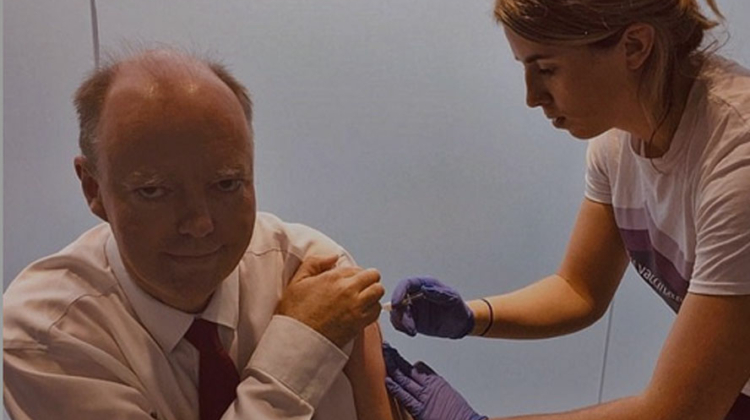 It has been quite the week here in the UK. On Monday, Boris Johnson canceled ‘Freedom Day’. On Wednesday, he started the forced vaccination of Care Home staff. And the week isn’t over yet.

First, Boris and his G7 chums stopped milling about on a private beach in Cornwall having BBQs and taking pretend-socially-distanced photographs while leg humping each other in private. Then, Boris posed like a stranded beluga whale on the Cornish shoreline for the press, before returning to Number Ten.

Next, replete with tan and sea salt in his hair from his morning swimming adventures, Boris crushed the hopes of every hardworking Brit hoping to go overseas on holiday by canceling Freedom Day.

The cursed day was supposed to be June 21. I say cursed because all fabricated ‘goalposts’ are cursed by their very nature. Remember ‘three weeks to flatten the curve’ before it became ‘freedom is a vaccine’? That was just before it became ‘hospitalizations and deaths’, before it became cases, and only slightly after it becomes ‘vaccination rates in the 18-40 age group’. And all that before we get going on the so-called “variants” that are imagined up to cage the nation a little longer.

Either hung-over or just bored by his own lies — it was difficult to tell which under his weird hair which now grows at a constant 40 degrees from his head — Boris even managed to conjure up a new ‘pretend’ Freedom Day, announcing it first as July 29, then July 19. The British people are so sick of all this painful captivity that they barely flinched — like a patient who’s been stuck with so many needles that another one doesn’t even register.

The British Chief Medical Officer, Chris Whitty, was on hand to bore everyone into disinterest with a series of slides pretending to provide the data for this decision. Given there is no data, this was a tough job. But Whitty has been well-lubricated by Bill Gates in the past and is absolutely prepared to keep bending over in the name of the state injectable he likes to refer to as a ‘vaccine’.

I should point out for the unaware what Chris Whitty (our Fauci) looks like. 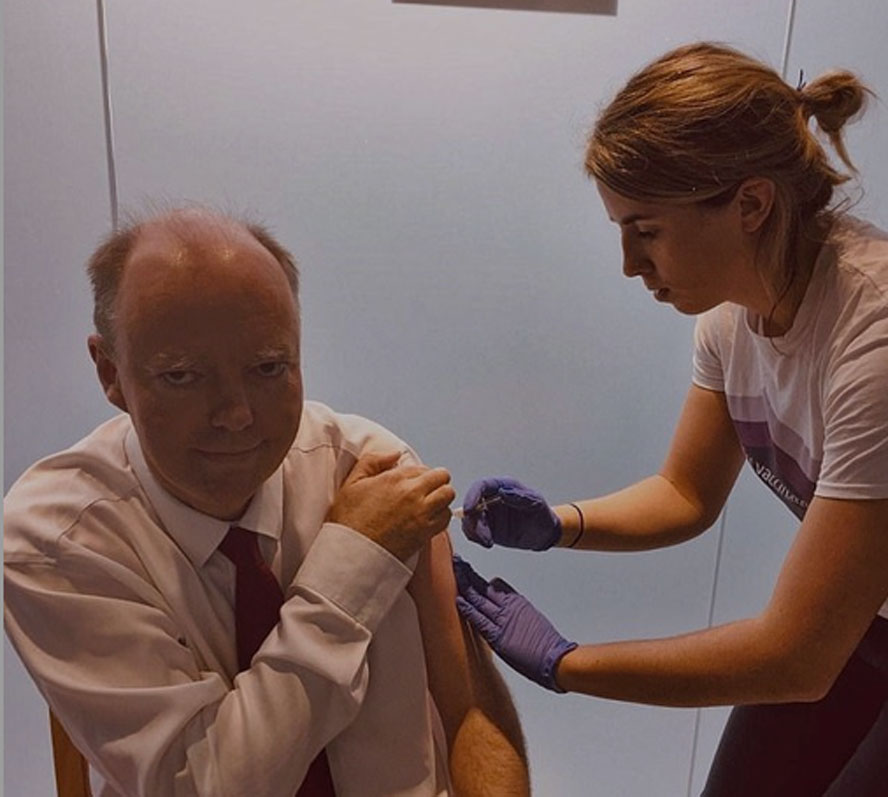 Unsurprisingly, he has never been married, never had children and I would go so far as to suggest has never had sex in his entire life. Like Fauci, he is supposed to be ‘the science’, and like Fauci, he is also well rewarded by the Gates/Big Pharma brigade for doing their dirty work.

The nonsense didn’t end there, of course. The silly rules in the UK are so preposterous that the media doesn’t talk of them because the inconsistency and incoherency of the approach are laughingly awful. You cannot rationalize the irrational.

“Postponing” Freedom Day on the calendar was just that for these politicians in poorly-fitting suits — akin to moving a scheduled Zoom meeting. But for ordinary Brits it was heartbreaking.

The wedding plans of thousands of couples were in tatters once again; extending the lunacy of social distancing means no drinks, receptions, or dancing at weddings. Venues spoke of brides in tears, not wanting to cancel yet again but knowing their day would be somehow less special than it should be. (If you aren’t dancing at a wedding, you are obliged to talk to family and relatives you might rather avoid.)

My own mother and father had booked a holiday with their grandchildren on the basis, ‘things would be back to normal’. This change of date means they would all be required to quarantine and test multiple times on their return. As with so many other families, this vacation was a replacement for an earlier one canceled ‘due to COVID’. A nation of decent people who don’t have much spare cash and need to be able to budget and plan is being worn down to the point of not bothering.

I don’t think this is by chance.

While the little people are banned from holidaying, dancing, or standing-up drinking at weddings, large-scale events that showcase England on a global stage and entertain the donor class are allowed to proceed.

He is permitting Wimbledon, the great summer tennis tournament, to be at full capacity for the weekend of the finals; he has dictated the Euros can hold full capacity stadia for the finals.

This Delta COVID variant sure is a smart cookie. It knows wedding dancing is deadly but standing next to 45,000 other people shouting at a referee is as harmless as a chicken sandwich. We shake our heads in unison at this madness, I am sure.

However, while I may mock all the absurdities, the sinister side to this endless oppression and forced compliance showed its true face later this week when Boris pushed MANDATORY vaccinations for Care Home staff through Parliament. In the UK, in 2021, British citizens will be forced to accept the jab or lose their job. This is being presented as a personal choice.

I hesitate to point out the blindingly obvious but ‘take this jab or we take your job’ is not a choice. At best it is blackmail, and at worst coercion, both of which are illegal in the UK. 1.5 million good souls work in the Care Home industry in the UK. It is low-paid, unrelenting, and often thankless work, regularly involving unpleasant tasks many of us lesser souls would not have the stomach for.

There are already 100,000 vacancies in this sector because — put bluntly — most people would rather work anywhere else than in care.

And yet the government is now pushing a recruitment and retention crisis in the very sector that took the brunt of COVID deaths in 2020.

After a week like this, the Brits need a weekend. Just to get a break from Boris Johnson.