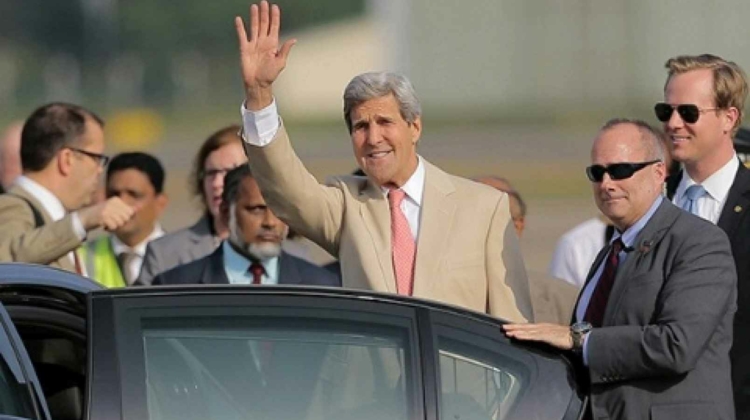 There are limits to this kind of thing.

And past a certain point, stealing from Americans and sending the money abroad should entitle taxpayers to reparations from the politicians in question. If Biden wants to steal from Americans, maybe the next administration can take his home and Hunter’s wealth, that wasn’t blown on crack, and pay reparations to taxpayers. Not to mention John Kerry’s yacht and estate.

Meanwhile, the green grift grinds on with “reparations” for the weather. Americans, you see, are so powerful that we control the weather. And when the weather turns bad, we, as storm gods, have to pay reparations to third-world nations.

The use of climate policy to soak Americans keeps getting worse, and the United Nation’s climate conference in Egypt ended this weekend with agreement on a new fund to pay reparations to poor countries. Welcome to the latest climate shakedown.
Poor countries have long sought to force wealthy countries to pay for the “loss and damage” they suffer from natural disasters that are supposedly climate-related. This is separate from the $100 billion a year that rich countries have promised to help poor countries reduce emissions and adapt to climate change.

The 2015 Paris accord suggested rich countries compensate poor countries for climate damage—the rationale being that industrialization has increased temperatures and led to natural disasters. Poor countries finally forced discussion of a formal mechanism to pay climate reparations onto this year’s U.N. conference agenda.
John Kerry, the U.S. climate envoy, dismissed the idea earlier this month: “It’s a well-known fact that the United States and many other countries will not establish . . . some sort of legal structure that is tied to compensation or liability. That’s just not happening.” But on Thursday Europe abandoned the U.S. by proposing a deal, and Mr. Kerry rolled over.

The question now is whether the Republican House will roll over.

The deal here is pretty straightforward.

Third-world countries will pretend to believe whatever nonsense that green grifters spew as long as they get a cut of the profits from destroying industrial civilization and giving enviros a cut of all the remaining action.

The only question is how big a cut.

Now our thieves want to bribe their thieves with our money.