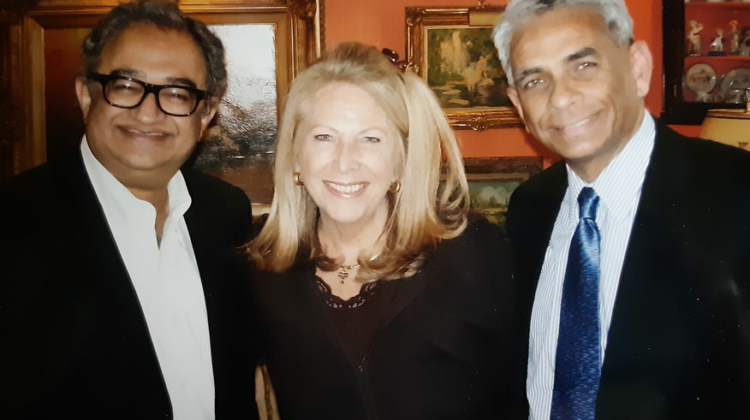 The Canadian Anti-Hate Network (CAHN) is Canada’s ironically named version of the Southern Poverty Law Center (SPCL), an intolerant organization that can’t stop patting itself on the back for opposing intolerance. Though lacking the formidable political heft, war chest, and extensive reach of its more-robust American cousin, the CAHN exists to rain calumny down upon groups or individuals who do not share its progressivist viewpoints. Never content merely to disagree or rebut, the network pursues its ends almost exclusively through Hall of Shame-style attacks on those it deems “far right” enemies.

Recently, Peter Smith and Elizabeth Simons of the CAHN published a wordy hit piece on Valerie Price, long-time Executive-Director of Act! For Canada (AFC), an organization founded in 2009 and dedicated to defending Canada’s freedoms, security, and core values. To this end, Price hosts a website, distributes a weekly e-newsletter, encourages activism, and (pre-Covid) organized conferences and special speakers on such subjects as Islamic terrorism, the Islamization of Canadian culture, and threats to freedom of speech.

Smith and Simons’ innuendo-laden “M-103 to the Pandemic: Evolution of Canadian Islamophobic Activists Shows How Hate Movements Adapt” has all the incisiveness of a midnight-concocted term paper by two 2nd-year Sociology students who never learned the principles of argument. It also clearly illuminates the challenges that face the CAHN and similar groups in Canada. What are hate-hunters to do when there is no hate to be found? Having spent hours combing through AFC’s website and affiliated Facebook group—as well as those of a later-formed companion group, Action4Canada, run by Price’s associate Tanya Gaw—Smith and Simons found nothing objectively hateful nor anything dishonest or defamatory. The very worst they could discover was a supportive message for a young ex-Muslim activist, Sandra Solomon, who subsequently tore out pages of the Koran and left them on car windshields around a mosque. AFC’s failure to disavow Solomon, who objects to the treatment of women in Islam, left Smith and Simons aghast.

With nothing worse to expose, the vigilante authors could only present the facts of AFC’s various information campaigns as if they were far more incendiary than they actually are, informing readers breathlessly that Price has, over the years, posted articles on her website about the arrests of terror suspects, the possibility of Iran launching an EMP attack (with “electromagnetic pulse” put in scare quotes, as if the authors couldn’t hold back their incredulous laughter), and about the political results of the Arab Spring. The implication, never made clear in the article, is that pure-hearted multi-culturalists should have no truck with any such discussions.

According to Smith and Simons, AFC has also posted articles expressing dismay at the legalization of marijuana, criticizing the radical trans agenda, and supporting the right to life of unborn children; during the last two election campaigns, Price went so far as to endorse the People’s Party of Canada and the Christian Heritage Party. Perhaps realizing that such actions are nowhere near enough to justify calling AFC a hate site, the authors also rely heavily on innuendo and unfounded allegations too numerous to catalogue here, with special emphasis on Price’s alleged “anti-Muslim” sentiments, for which not one iota of evidence is ever presented. In the process, the article pretends to analyze how ”the far-right adopts and packages new grievances to recruit support.”

Much of Smith and Simons’ denunciation focuses on AFC’s marshaling of opposition to M-103, a parliamentary motion put forward in the Canadian House of Commons in 2017 to “condemn Islamophobia and all forms of systemic racism and religious discrimination.” Prior to the vote on this motion (which ultimately passed), its critics contended that Islamophobia was a deliberately elastic term intended to stigmatize—and pave the wave to criminalizing—criticism of Islam. The term tends to be employed following acts of terror such as the 2015 mass murder at the offices of Charlie Hebdo in Paris, the Bataclan Theatre massacre later the same year, or the 2016 Pulse nightclub mass shooting in Orlando, Florida; it is intended to prevent discussion of the violence as Islamic.

As critics as diverse as Salman Rushdie, Sam Harris, and Pascal Bruckner have argued over the years, Islamophobia makes no distinction between irrational hatred of Muslims as individuals and rational criticism of Islam as an ideology, particularly its links to intolerance and terror. As such critics note, the designated “phobia” stigmatizes anyone who speaks against any aspect of Islam, whether it be Koranic injunctions against unbelievers, sanctioning of violence, or edicts about women. Most generally, prohibitions of Islamophobia make a fully free intellectual life impossible.

None of this is acknowledged in Smith and Simons’ hit piece. Instead, they describe those who opposed M-103 as a rogue’s gallery of mean-spirited bigots and fear-mongers who spread false claims as an excuse to hurt and threaten Muslims: “A collective of anti-Muslim groups started pushing a narrative of encroaching ‘Sharia Law,’ the importation of ‘terrorists,’ and a flood of other baseless and incendiary rhetoric that became an unfortunately regular part of the discourse,” they claim melodramatically. “They took to the streets across Canada. They were often blatant in their hatred for Muslims, and Islam. At times they mistook people to be Muslim, based only on their skin colour, and hurled invectives at them.” 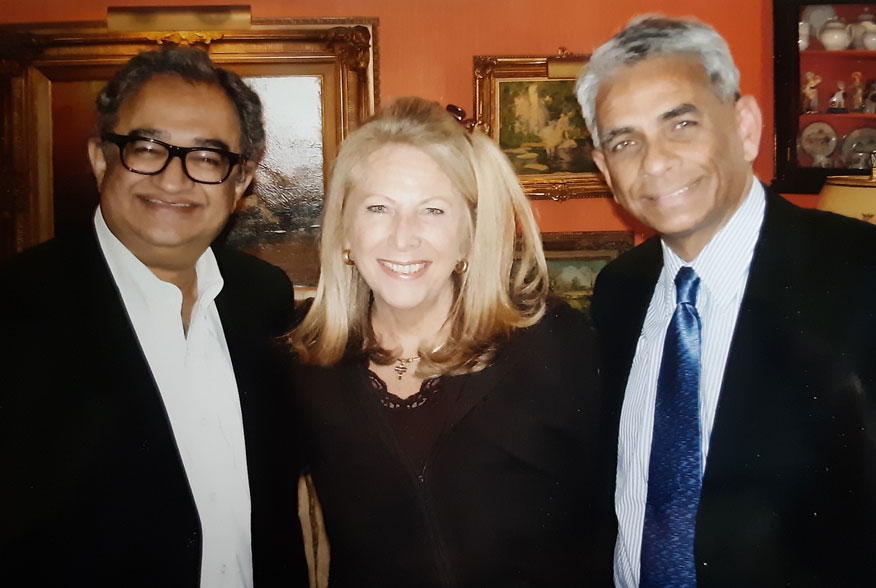 If any of this broad-brush description of street attacks is true, it is rightly to be condemned. But what does it have to do with Act! For Canada? Where is the evidence that AFC engaged in any of these behaviors? If the “baseless” allegations became such a “regular” part of discussions, why do the authors not link to even a single example on AFC’s website? Smith and Simons claim that Price “republished and shared anti-Muslim conspiracies” and participated in a “bad-faith debate,” but cannot find even one such AFC conspiracy article or bad-faith statement as their smoking gun. While stressing definitively that Price is “virulently opposed to Muslim people and any expressions of the Islamic faith in the country,” they spectacularly neglect to mention that speakers and writers for AFC have included Price’s friends Tarek Fatah, Salim Mansur, and Raheel Raza, all Canadian Muslims who oppose political Islam and support Price’s efforts.

To read Smith and Simons fulminating against the “baseless and incendiary rhetoric” of those who opposed M-103, one would never know that Canada experienced home-grown Islamic terror attacks in October of 2014, when a soldier was assassinated by a terrorist gunman, and two others wounded, in the nation’s capital, just two days after a murderous car-ramming of soldiers had taken place near Montreal. In that same year, Muslim academic Salim Mansur appeared before a Canadian Senate committee to discuss the presence of hate-preachers in Canadian mosques. Canadians have good reason to be wary of hate laws that could target anti-Islamic irreverence. Many Canadians were shocked when right-wing American pundit Ann Coulter was sent a warning letter by the RCMP ahead of her 2010 visit to a number of Canadian university campuses, telling her that she might be prosecuted for hate speech. As Mark Steyn and Ezra Levant discovered to their chagrin, even reporting the words of imams and citing Koranic verses (in Steyn’s case) or re-publishing controversial cartoons that sparked religious violence (in Levant’s case) can lead to investigations by Canada’s human rights tribunals in the name of combating so-called “hate.” These events occurred years before M-103 was on the books.

Smith and Simons would have readers believe that any and all expressed concerns about terrorism, encroaching Sharia, and curbs on free speech are merely “dog whistles,” carefully coded and oblique ways of communicating anti-Muslim animus. But the charge, impossible to support logically, ends up working against Smith and Simons’ own pooh-poohing of the import of M-103. If any criticism of Islam—no matter how measured, how specific, and how grounded in actual Islamic doctrines and practices—is at least covertly Islamophobic, a “dog whistle,” as they claim, then aren’t free speech activists correct to oppose an anti-Islamophobia bill on free speech grounds? Smith and Simons’ brief makes clear that if it were left to far-left ideologues like these two, it would indeed become impossible to discuss Islam freely in Canada. It turns out that “hate” is the real “dog whistle.”

The latter part of Smith and Simons’ purported exposé denounces Price’s decision to expand her focus to include other Global Reset-inspired developments that impair Canadian flourishing such as the undermining of Christianity, mass immigration, and radical environmentalism, including the attack on Canada’s oil and gas industry. Throughout, Smith and Simons suggest that there is something deeply sinister in the desire to protect one’s country’s traditional values against those who, often with contempt and derision, seek to radically alter them. Even simple letter writing campaigns are anathema to Smith and Simons. Their main thesis, probably confirmed long before they even began reading the AFC website, is that any resistance to progressivism is rightly viewed not as expression of legitimate concern but as an attempt to “remain relevant” by far-right haters and conspiracy theorists. The authors end by expressing their dismay at the “resilience” of groups such as Act! For Canada.

That’s the one thing the CAHN reporters got right. Despite risible and poorly written smear jobs like this one, despite the belittling and mocking of love of country, a sizeable number of Canadians will continue to think for themselves and to exercise their (ever diminishing) rights to freedom of expression, religion, and assembly, thankful for the zealous efforts of patriots like Valerie Price and Tanya Gaw. Puerile fascists like Peter Smith and Elizabeth Simons will continue to be outraged at their temerity in having and expressing a different national vision.

Janice Fiamengo retired from her position as Professor of English at the University of Ottawa in 2019. She now lives in Vancouver with her husband, poet and singer-songwriter David Solway.