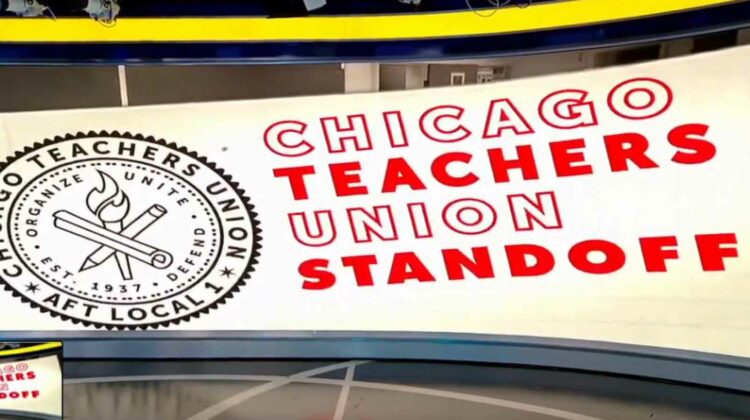 In December, Education Secretary Miguel Cardona urged school leaders “not to retreat from in-person learning,” and said schools should not be considering remote options. Just last week, President Biden echoed the sentiment, stating that “schools should remain open despite the ongoing nationwide surge of COVID-19 cases due to the omicron variant.” Even the ultimate doom and gloom purveyor Anthony Fauci insists that despite the rising cases of the omicron variant, “reopening schools for in-person learning is the right call given widespread vaccinations among teachers and the negative effects on students of not attending in-person.” Additionally, Allison Arwady, Chicago Department of Public Health commissioner, notes that her public health team “compared data on public school children who were attending school remotely to data on private school children who were attending school in-person and found that the children, as well as staff, going in-person with coronavirus protocols in place were actually at lower risk of contracting the virus.” Arwady’s sentiments are borne out by that fact that while public schools suffered through union-driven closures, Catholic schools in major cities have been continually open for in-person instruction since September 2020 with no harmful effects to teachers or students.

It’s no secret that transmission rates from minors are low, particularly among younger children. The BMJ, a peer-reviewed medical trade journal published by the British Medical Association, is skeptical that school closures reduced COVID-19 cases at all. Looking at the big picture, there’s more risk of death to children riding in a car than there is from catching COVID-19. Evidence also suggests the omicron variant is no worse for kids than catching the common cold. The same holds true for vaccinated teachers. And with schools nationwide having received $190 billion specifically to deal with Covid-related issues, you’d think when schools were set to open after Christmas break, all would be good, right? Well, no.

Ignoring reality, American Federation of Teachers president Randi Weingarten explained in a recent tweet, “We need adequate staff & the safety measures in place including testing, masking, ventilation. There is a lot of stress.”

Other “essential” workers are expected to continue to provide service during this trying time. Cops, sanitation workers and firemen don’t get to stay home with no repercussions. Why should teachers? Also, when teachers go to a supermarket, they expect to get service. They wouldn’t like it one bit if the guy who stocks the produce shelves decided he was too “stressed” to come to work.

No matter. The Chicago Teachers Union, one of the most rabid in the country, decided to poll its teachers on reopening, and on January 4th, 73% of them decided to nix in-person instruction, insisting they would only teach online. In addition to 350,000 children who were yet again barred from going to school, the lives of thousands of parents were disrupted with no warning. (Though school was cancelled, the school buildings did remain open for other services, including meals and vaccination clinics.)

Then came the kicker. Lightfoot locked teachers out of online classrooms, and said the no-show educators would not be paid for the time they were not in the classroom.

The aforementioned Randi Weingarten, who never misses an opportunity to comment on, well, anything, beclowned herself yet again, asserting in a tweet, “Let’s be clear here regarding Chicago schools – No one wants schools closed.” She also praised educators, whom she laughably insists “have been herculean.”

Back in the real world, in addition to Lightfoot, Chicago Public School system officials claimed that the strike by the city’s teachers is illegal. (All teacher strikes should be illegal, but I will tackle that issue another day.) Labor lawyer Burt Odelson, who represents several suburban school boards, agrees. He asserts that the union failed to go through the proper channels, which is laid out in the collective bargaining agreement. “It’s an unauthorized wildcat strike. It’s the employees telling the boss, ‘we’re doing what we want! Pay us anyway. And, if you don’t succumb to what our terms of employment are, too bad!’ That’s exactly what it is. It’s a wildcat strike.”

Well, after much wrangling the Chicago Teachers Union’s House of Delegates and the school district have reached a tentative agreement, pending acceptance by the rank-and-file. As reported by Fox News, the agreement, which still requires a rank-and-file vote, “will allow schools to return to remote learning if 25% of staff test positive for COVID-19. It also secures access to increased testing and personal protective equipment, and enhances contact-tracing measures at all public schools.”

The union honchos are not happy with the settlement. CTU Vice President Stacey Davis Gates groused during a press conference Monday, “This mayor is unfit to lead this city, and she is on a one-woman kamikaze mission to destroy our public schools.” Gates added that union once again has “had to create infrastructure for safety and accountability in Chicago schools, saying members have been held in hostage negotiations.”

One can only assume that Lightfoot’s strong words and actions were a big factor in ending the work stoppage.

Going forward, the best way to handle this sorry state of affairs is to take a cue from how Ronald Reagan handled striking air traffic controllers in 1981, when nearly 13,000 of 17,000 of them walked out after talks with the Federal Aviation Administration fell apart. Reagan branded the strike as illegal and threatened to fire any controller who failed to return to work within 48 hours. True to his word, Reagan fired more than 11,000 controllers who had ignored his order to return to work – problem solved – and air travel went on uninterrupted.

Yes, we need to fire every one of the teachers who participates in a wildcat strike. They should be given 24 hours to show up…or else. Should that scenario become a reality, a great majority of teachers would suddenly discover that the situation isn’t that really that bad after all, and sign in to teach at the next day.

The shutdowns must end. The damage they have wrought has been devastating. Students in Chicago and elsewhere are far behind academically, and they weren’t exactly excelling before the shutdown in 2020. The 2019 National Assessment of Educational Progress (NAEP) revealed that only 27 percent of Windy City 8th graders were proficient in math, and a more pathetic 23 percent were proficient in reading.

Also, a recent study by the testing company NWEA reveals that pandemic learning loss could cost U.S. students $2 trillion in lifetime earnings. Another study shows that lockdowns, mandates and other restrictions are likely to create a generation of children with lower cognitive performance. Additionally, kids’ behavior problems, suicides, and crime have skyrocketed during the covid panic era.

Parents, too, have suffered. As researchers Corey DeAngelis and Christos Makridis point out, a transition to remote instruction has been associated with an increase in parents reporting mental-health issues. They write that the negative effects are substantial, “translating to about a 33% increase in anxiety, depression and worry, and roughly a 26% increase in a loss of interest in daily activities.”

A 2004 study found that 39% of Chicago public school teachers send their own children to private schools. After the recent union orchestrated antics, I can’t help but think that number will rise considerably.

Larry Sand, a former classroom teacher, is the president of the non-profit California Teachers Empowerment Network – a non-partisan, non-political group dedicated to providing teachers and the general public with reliable and balanced information about professional affiliations and positions on educational issues. The views presented here are strictly his own.