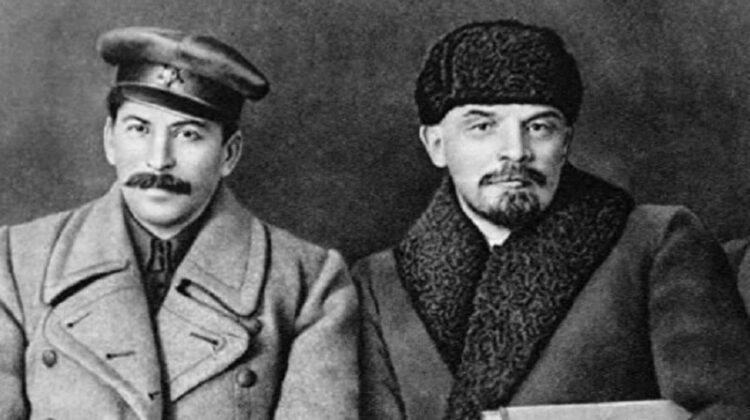 “It’s 30 years since the collapse of the Soviet Union,” recalled Euronews last week, and for many around the world, the official demise of the USSR on December 25, 1991, was the greatest historical event of their lifetime. A Christmas Day two years earlier, on the other hand, may hold more significance for Americans in 2021 and beyond.

On December 25, 1989, Romanian soldiers executed dictator Nicolae Ceausescu and his wife Elena. The pair came up through Communist youth movements and in 1965 Nicolae became general secretary of the Romanian Communist Party and ruled in the best Stalinist tradition.

The Securitate, the regime’s secret police, sewed division among the people and built a vast network of informers. Midnight arrests, torture, and assassination were common. During a 1977 miners’ strike, the Securitate subjected union leaders to five-minute X-rays that caused cancer and killed off strike leaders. By the end of the 1970s, as this account explains, Romania was one of the most oppressive states in the world.

Ceausescu bulldozed churches, monasteries and entire neighborhoods in Bucharest. Nicolae and Elena lived like royalty as the people lined up for the barest necessities. During the 1980s, as the economy went south, Ceausescu ramped up arrests and torture.

In the city of Timisoara, the Securitate attacked pastor Laszlo Tokes for criticizing the regime, and on December 17, 1989, the people organized an anti-government demonstration. Ceausescu ordered police and Securitate to fire on the crowds, killing nearly 100 protesters. Ceausescu gave a speech blaming anti-Romanian forces but the crowd heckled the dictator. Mass protests then broke out across the country and the military sided with the people.

Ceausescu fled in a helicopter but the pilot forced a landing and soldiers took the couple into custody. Nikolae and Elena were swiftly tried for crimes against humanity and sentenced to death. As troops prepared the execution on Christmas Day, the still-defiant Elena assailed a soldier with the worst things possible to say in the Romanian language. The trooper promptly cuffed her across the face.

The troops stood the pair against a wall and unleashed their Kalashnikovs against them. Years later, squad member Ionel Boyeru, an elite paratrooper, had no regrets. Members of his family were among the millions persecuted by Ceausescu, whose loathsome regime models current developments in America.

At the close of 2021, the United States is ruled by a Junta, headed by the puppet Joe Biden and communist in all but name. Should that be doubted, consider the White House choice for comptroller of the currency in the treasury department. Lenin scholar Saule Omarova aimed to replicate Soviet banking in America. The proud Soviet apologist is hardly the only omen.

The Biden Junta is all about dividing the people on the basis of race and vaccination status. The Junta’s chief white coat supremacist, Dr. Anthony Fauci, tells Americans to disinvite unvaccinated family members to Christmas gatherings.

Those less than worshipful of the Junta are branded “domestic terrorists,” and worse.  Gen. Mark Milley, who appointed himself commander-in-chief, regards Trump supporters as brownshirts. In effect, Milley is zampolit-in-chief and military bosses are purging the ranks of conservatives, Christians, without regard to their merit as soldiers.

On the economic side, the Biden Junta bloats the nation’s already fathomless debt and boosts inflation. The people are raising their voices against the addled Joe Biden, who knows what “let’s go Brandon” really means. As the misery index increases, the outcries are certain to surge, but there’s a problem.

As Victor Davis Hanson notes, the left “suddenly announced that should it lose congressional power in 2022 or the presidency in 2024, democracy was all but doomed.” The Junta thus construes those striving for peaceful change through elections as fomenters of a coup. Critics of the Biden Junta have already been vilified as racists, terrorists and violent extremists. That lays groundwork for the military action against them, in the style of Timisoara.

Back in December of 1989, as Ionel Boyeru explained, “They made us sign a statement saying we didn’t agree with what was happening, and vowing we would support and protect Ceausescu.” They took him down instead, and they knew it was the right thing to do.

That day joyous Romanians openly celebrated Christmas for the first time in decades and the next year the nation held free elections. All good news, but there’s a footnote. The vile Nicolae Ceausescu is the only Communist dictator in Europe who got what he deserved.

Josef Stalin, murderer of more than 20 million, died of a heart attack on March 5, 1953. Albania’s Stalinist dictator Enver Hoxha died of complications from diabetes on April 11, 1985. Erich Honecker, Communist dictator of East Germany and builder of the Berlin Wall,  died of cancer in Chile on May 29, 1994, at the age of 81. From the grave, their victims still cry out for justice.