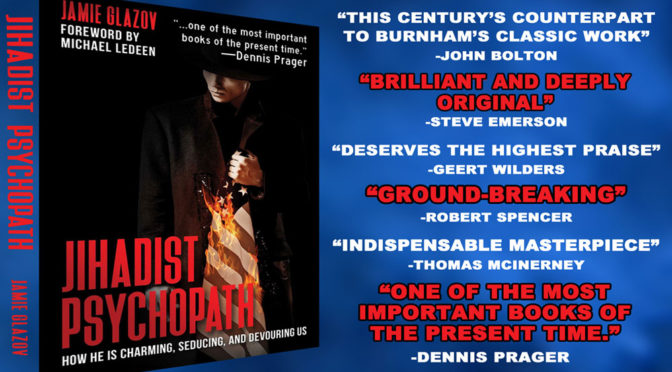 On December 11, a 29-year-old French citizen of Algerian descent launched an assault on shoppers in a busy Christmas market in Strasbourg, France, killing five and wounding 11 more with a revolver and knife before fleeing. Anyone who has kept up with the news for the last several years knew immediately what a massacre in a European Christmas market meant: Islamic terrorism. Sure enough, witnesses declared that the attacker had shouted the jihadist battle cry “Allahu Akbar!” during the killings. And yet The New York Times reported, as the manhunt began, “It remains unclear what motivated the gunman.”

This is the predictable news media response today to virtually every act of violent jihad in the West: a disingenuous shrugging of the shoulders, an unwillingness to admit openly what every clear-thinking person knows, that the motivation behind these rampages is Islamic ideology itself. Authorities typically downplay the connection by labeling the perpetrator a “lone wolf” with “no links to terrorist groups,” and they often ascribe the motive to mental illness, allowing them to sweep the inconvenient truth under the rug, at least temporarily. The fact that our kneejerk official response to terrorism is to shift the blame away from Islam is indicative of a willful blindness that hamstrings our counter-terrorism efforts. What’s worse is that jihadists know how to exploit this.

Dr. Jamie Glazov has a theory explaining this suicidal symbiosis. The longtime editor of FrontPage Magazine, Glazov is also the author of the brilliant United in Hate, about the left’s love affair with totalitarianism, and two collections of penetrating interviews with key figures in the war against tyranny and terror, titled Showdown With Evil and High Noon For America. He also hosts the long-running internet video series called The Glazov Gang and, I’m proud to say, is a friend and colleague of mine at the David Horowitz Freedom Center.

Glazov’s latest book is Jihadist Psychopath: How He is Charming, Seducing, and Devouring Us, just published by Post Hill Press. It has rightfully received raves from such giants in the counter-jihad movement as Geert Wilders, Robert Spencer, John Bolton, and Steven Emerson. Its premise is that our society’s relationship to those waging holy war against us mirrors the relationship between “everyday” psychopaths and their victims. “Islamic supremacism’s gains in the terror war,” Glazov writes, “are a carbon copy of the manner in which the psychopath captures and defeats his prey.”

In under 200 thoroughly researched pages (with over 50 pages of endnotes), Glazov demonstrates that “Islamic supremacism is subjugating the West in exactly the same way that psychopaths subjugate their victims.” We have guiltily adopted the jihadists’ argument that they are the victims of the “Islamophobic” West, and that we are the intolerant cause of the clash of civilizations. “[W]hen you get good people to pity you, and to feel responsible for your plight, they become defenseless – especially against those who have no conscience. And this is where the psychopath’s masterful reign of terror begins,” writes Glazov.

For those who may find the term “psychopath” to be melodramatic or sensationalistic, Glazov notes “how vital it is for us to call our ideological enemy in the terror war by his real name, and not by the name he and his propagandists want us to call him… We want to tell the truth about the evil that threatens us and we want to make the truth hurt.” [All emphases in original] Glazov then proceeds to guide us into the world of the psychopath and expose his modus operandi, justifying the usage of the label, and explores as well the perspective of the virtuous victims who identify with the jihadist psychopath: “Through their distorted lens, we are the ones who have to stop being Islamophobic, racist, and imperialistic; we are the ones who need to accommodate the Jihadist Psychopath in all the ways that he demands.”

“The psychopath is out to deceive, exploit, and subjugate people,” explains Glazov:

While he is going about his business, he has no shame about it, because he has no conscience. He feels no guilt, remorse, affection, or compassion. He does not possess any sense of obligation to others, nor does he grasp what it means to be concerned about other humans’ welfare… Along with his lack of conscience, the psychopath also has no notion of responsibility. He will, therefore, never accept that anything is his fault and, most importantly, he never apologizes.

Glazov devotes a section to understanding the political left’s role in this psychological dance with the jihadist, locating the source of it in a “utopian virus,” a “quest for self-extinction in service of the cause,” an impulse to dissolve one’s own self into “a totalitarian whole.” How does the leftist believer achieve martyrdom for the cause? He “actualizes his purpose by helping the adversarial totalitarian enemy conquer his host society. This is why the believer so fervently allies himself with Islamic supremacism and seeks to facilitate its conquest of the West.” This complicity, Glazov reminds us, reached “a crisis level under [former President Barack] Obama, when American officials actually started seeking advice and direction from precisely those forces seeking to destroy the country.”

The book goes on to examine, through the lens of psychopathy, how “Jihad Denial” is undermining our ability to counter this malignant cancer devouring the body of the West. He writes about the “see no Islam, hear no Islam” willful blindness that afflicts many on the political left who simply cannot allow themselves to acknowledge the truth about the religion and its aims, lest it shatter their naiveté and “undermine their faith in the utopia that they think they – and/or their leaders – are building.”

Glazov points out another “crucial element in this narrative: the victim develops a deep hatred of, and disdain for, the resistance – those individuals who resist the psychopath and tell the truth about him.” Hence the vicious slander we see directed today toward the defenders of freedom and human rights such as the aforementioned Wilders, Spencer, and Glazov himself, courageous truth-tellers who are routinely demonized by those who whitewash their own abuser’s evil. Those slanderers are part of what Glazov calls “a pernicious and treacherous entity: the Unholy Alliance, that sinister pact between Islamic supremacism and the Left that seeds to destroy the democratic-capitalist West and every liberty that comes with it.”

Jihadist Psychopath is essential reading for understanding the threat, both foreign and domestic, of Islamic supremacism, even for those readers who are well-read on the subject. The book’s message is an urgent one: “The more the West surrenders, the more the enemy infiltrates, and the more the enemy infiltrates, the more he molds our minds, instructs us how to think and, in turn, leads us down the road to our own annihilation.” We must reject the now deeply-internalized delusion that we are the perpetrators and the Muslim world is our victim. Easier said than done, but as Jamie Glazov concludes, our freedom depends upon it, and the choice will not be in our hands for long.