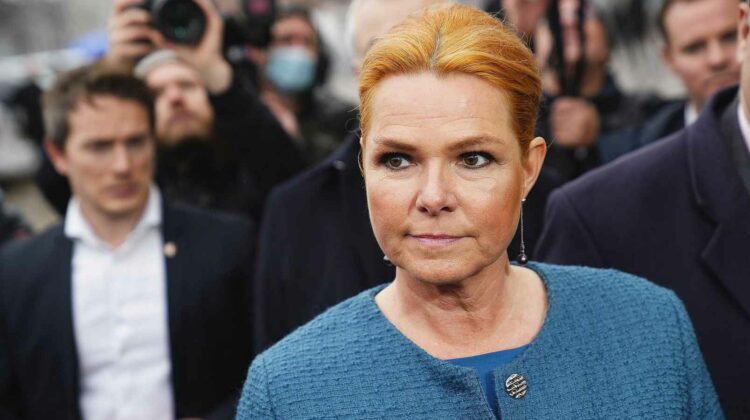 One of the many appalling challenges that have confronted Western European authorities since mass Muslim immigration began several decades ago is the arrival of adult – often elderly – men with underaged girls whom they identify as their wives.

Such marriages, of course, are not just permitted but encouraged under Islam. Muslims are taught to look in all things, big and small, to the example of their prophet, and they all know that one of the treasures of Muhammed’s harem – often described as his most beloved wife – was Aisha, whom he wed when she was six and deflowered when she was nine.

Needless to say, the pedofile alliances that are ubiquitous in the Islamic world – and legally sanctioned (or tacitly accepted) in Saudi Arabia, Iran, Pakistan, and elsewhere – are invariably arranged and forced on girls by their parents. They’re also usually cousin marriages. The BBC’s website provides a helpful whitewash – I mean, justification – of such unions: “Arranged marriages ensure that Muslim marriages are based on compatibility rather than lustful feelings.” Yes, because there’s nothing more compatible than a 70-year-old husband and an eight-year-old wife. At least you can be pretty sure that the little girl isn’t feeling a hell of a lot of lust.

Anyway, as you may recall, the year 2015 brought a flood of purported refugees to Western Europe, and in January 2016 the Danish media reported that a number of newly arrived March-December “couples,” mostly from Syria, were living together in Danish asylum centers. To her credit, Inger Støjberg – a Liberal Party member of Parliament who was then serving as Minister of Immigration, Integration, and Housing in Lars Løkke Rasmussen’s center-right government – snapped into action.

Since being elected to Parliament in 2001, Støjberg had become a high-profile and well-respected national figure. In 2014 she was named party spokesperson; the next year she was appointed to the immigration post. In recent years I’ve repeatedly praised Denmark for its saner-than-average immigration policies, and a big part of the reason for its impressive performance on this front is Støjberg – who, among dozens of other smart moves, placed ads in newspapers in Muslim countries outlining Denmark’s less-than-entirely-welcoming attitude toward refugees and proposed a law that would permit border police to confiscate money and valuables from refugees to help cover the costs of their resettlement.

Given the high taxes that hard-working Danish citizens cough up to support unemployed aliens living in their country, it hardly seems unreasonable to expect flush asylum-seekers to help pay their own way. For the Western media and cultural elite, however, the very notion of lifting stuff from refugees was outrageous: after all, it’s our job to give, and their job to take. At the Daily Beast, Barbie Latza Nadeau compared Støjberg’s idea to “the Nazi approach to immigration.” Was Nadeau alert to the subtle difference between refugees fleeing from Nazis and refugees fleeing to Denmark? Did she realize, for that matter, that comparing Danes to Nazis is particularly obscene, given the thrilling act of nationwide courage in the fall of 1943 by means of which the Danes – under the cover of night, within the course of a few hours, and at the risk of their own lives –  rescued nearly all the Jews in their country from Nazi annihilation?

Støjberg’s initiatives, then, offended media hacks and ivory-tower buffoons. But they also made her a national heroine, and arguably the most popular politician in Denmark.

Now, confronted with the child-bride issue, Støjberg didn’t disappoint. At first she decided to offer the girls – 23 in all – the option of divorce. Then,  realizing that many of the girls, if offered a choice, would likely be under immense family pressure to stay with their “husbands,” she ordered that all of them – except for five who were between the ages of 15 and 17 – be severed at once from their so-called spouses and granted instant divorces. Between February 10 and March 18, eighteen “couples” were separated.

But Støjberg’s swift action on child brides landed her in hot water. Immigration officials and other government bureaucrats maintained that she had no power to end marriages, even if they involved  minors. The European Convention on Human Rights and the United Nations Convention on the Rights of the Child were both cited – not, mind you, in favor of saving girls from statutory rape, but in favor of allowing child molesters to keep on molesting.

A commission decided that Støjberg’s action had been illegal, and members of Parliament, including her fellow Liberals, called for her impeachment. On February 2 of this year, Parliament voted 141-30 to impeach her. Most Liberal MPs voted with the majority, leading Støjberg to resign from her party. In August, a Court of Impeachment, consisting of 15 Supreme Court justices and 15 other judges appointed by Parliament, was convened. (It was only the fifth time that such a court had met since 1849; the last time was in 1995, when a former Justice Minister was tried for denying Sri Lankan refugees the right to bring their families to Denmark. See a pattern?)

The whole ignoble process concluded this past Monday, when the court, by a vote of 25 to one, found Støjberg guilty of violating the Ministerial Accountability Act and sentenced her to sixty days in prison for ordering those child-bride divorces. The sentence can’t be appealed. She may well spend Christmas and New Year’s behind bars – this, mind you, in a part of the world where violent felons routinely get off with fines or probation. Meanwhile, members of Parliament will decide if she deserves to keep her seat among them.

Støjberg admitted afterwards that she was “very, very surprised” by the verdict, and added: “Danish values lost today.” Pia Kjærsgaard, ex-leader of the anti-immigration Danish People’s Party – who certainly has no naive illusions about her own or any other government – confessed that she’d been “deeply, deeply, deeply shaken” by the court’s decision. “I didn’t expect this,” she admitted. In Norway, Islam critic Hege Storhaug pronounced that the ruling had made December 13 “a dark day for Danish politics and society,” and Hans Rustad, editor of the alternative news website document.no, declared the verdict “incomprehensible.”

No, I’d say it’s comprehensible enough. Once you’ve experienced close-up the disgusting treatment Ayaan Hirsi Ali received in 2006 at the hands of her parliamentary colleagues in The Hague – compelling her to flee to the U.S. – and processed the colossal scale of the American Deep State’s conspiracy against Donald Trump, it’s a piece of cake to believe that Denmark’s judicial establishment is capable of such pusillanimous perfidy. (I’m just impressed that one person voted no.) Nor was it a surprise to see how the mainstream media, in Denmark and elsewhere, framed the story. Støjberg, reported the Guardian, had been “found…guilty of illegally separating several couples of asylum seekers where the woman was under 18.” Of course, there’s a word for females under 18: girls. But newspapers around the world chose to use the word women – and to describe Støjberg’s actions in such a way as to suggest that the “couples” she’d separated could legitimately be considered husband and wife.

So, no, there’s nothing new or astonishing here. Støjberg joins a small pantheon of gutsy, principled politicians – from Trump in the U.S. to Geert Wilders in the Netherlands – who’ve been subjected to politically motivated prosecutions by the left , and who are as greatly esteemed by the multitudes as they are reviled by the Islamophilic beau monde.

Immediately following Støjberg’s conviction, a veritable army of Danes took to social media to voice their admiration for her. We can only hope that when her term in the slammer is over, she’ll throw herself back into the fray and pursue with renewed passion – and enhanced public support – the kinds of policies that put her behind bars in the first place. Perhaps the widespread rage over her punishment will help give Denmark a serious and salutary push in the direction of sanity – and make it, as some of us have long hoped, one of the few nations in Western Europe that won’t soon fall to the Islamic enemy.