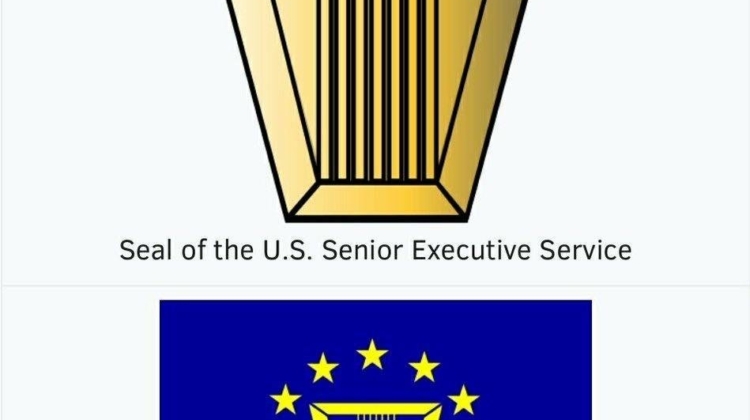 The DOJ (Sessions, Rosenstein), FBI (Comey, Strzok), and CIA (Brennan) were all key players in the attempted coup against President Trump. As that unfolded, and long before, a more powerful agency was playing a bigger role, largely out of sight from the media and public.

The Senior Executive Service (SES) was established to “ensure that the executive management of the Government of the United States is responsive to the needs, policies, and goals of the Nation and otherwise is of the highest quality.” SES leaders “serve in the key positions just below the top Presidential appointees” as “the major link between these appointees and the rest of the Federal workforce. They operate and oversee nearly every government activity in approximately 75 Federal agencies,” including the State Department, the Army, Navy, the Departments of Defense, Homeland Security and the Department of Justice.

The SES launched during the Carter administration as part of the Civil Service Reform Act of 1978 and a response to the “moral and management failures of Watergate and Great Society program implementation.” The response was to create another bureaucracy more powerful than the others, “a cadre of high-level managers in the government.”  In 1981, Karlyn Barker of the Washington Post reported that the SES wasn’t working as intended, and that raised an issue.

Back in 1978, Rep. Herb Harris, Virginia Democrat, warned that the SES “will open the door to politicization.” The government provides evidence that the SES was political from the start.

Consider the Office of Personnel Management explanation of the SES “keystone” insignia. It “represents the critical role of the SES as a central coordinating point between Government’s political leadership which sets the political agenda and the line workers who implement it. Members of the SES translate that political agenda into reality.”

The SES accounts for less than one percent of the federal workforce, yet boasts its own flag. This powerful cadre got a boost after the 2008 election.

From 2008 through 2011 SES bosses received bonuses of more than $340 million. The bonuses came on top of salaries ranging from $119,000 to $179,000, and were not subject to the budget cuts. SES managers “operate and oversee nearly every government activity.” They made sure those cuts would take a toll on the people, and on the political side SES influence continued to surge.

In 2015, the White House was still occupied by a “composite character,” whose vaunted Dreams from My Father, was actually a novel, according to David Garrow in Rising Star: The Making of Barack Obama. On December 12, 2015, President Obama issue executive order 13714, “Strengthening the Senior Executive Service.” The 2,301-word order set out to “facilitate career executive continuity between administrations.” The composite character president, formerly known as Barry Soetoro, wanted his people in place.

According to the order, by May 31, 2016, agencies with 20 or more SES positions shall develop a plan “to increase the number of SES members who are rotating to improve talent development, mission delivery and collaboration.” This will continue for a minimum of 120 days, including different departments, agencies and “non-federal partners.” This will continue “during FY 2017, and thereafter, in order to ensure the mobility of the corps while also maintaining stability of operations.” That sounds like a military-style escalation.

Americans might wonder what the nearly 800 SES bosses at the Department of Justice were doing while the DOJ took the lead against candidate and President Trump. Who were the “non-federal partners” with which the “mobile” SES interacted? They were tasked to ensure “continuity between administrations,” and by all indications the SES did nothing to hinder Comey, Strzok, Rosenstein, McCabe, Ohr et al.

None of those high-profile players have been charged for their role in the attempted coup against duly elected President Donald Trump. The SES bosses doubtless remain in place, little known by the media. Indeed, in 2016 Nora Kelley Lee of the Atlantic described the SES as “fairly obscure,” and “the corps isn’t operating the way it’s supposed to be.” Or maybe it is.

According to Sen. Dianne Feinstein, “there is no deep state.” To all but the willfully blind, it’s deeper and more powerful than anyone imagined. The SES is the true one percent, the “keystone” of the unelected shadow government, off-limits to independent oversight, and the political strike force of the ruling class.

The people have a right to wonder what orders SES bosses in the State Department and Department of Defense handed out for the Benghazi terrorist attack in 2012. The political agenda of the administration was to blame it on a video, and the purpose of the SES is to “translate that political agenda into reality.”

People might wonder if some SES boss at Homeland Security ordered Philip Haney to remove records of Muslim terrorists. The political agenda of POTUS 44, after all, was to ignore Islamic terrorism.

Hundreds of SES bosses operate at the Department of Justice. Perhaps one of them ordered the Washington office of the FBI to stop surveillance of Fort Hood mass murderer Maj. Nidal Hasan. And maybe it was an SES operator who ordered the DOD to call an act of Islamic terrorism “workplace violence.” That all went down in 2009, when SES bosses got bonuses.

President Trump should look into these cases, declassify all documents, and make public the names of every SES member and the federal agencies where they “operate and oversee nearly every government activity.” The people have a right to know.