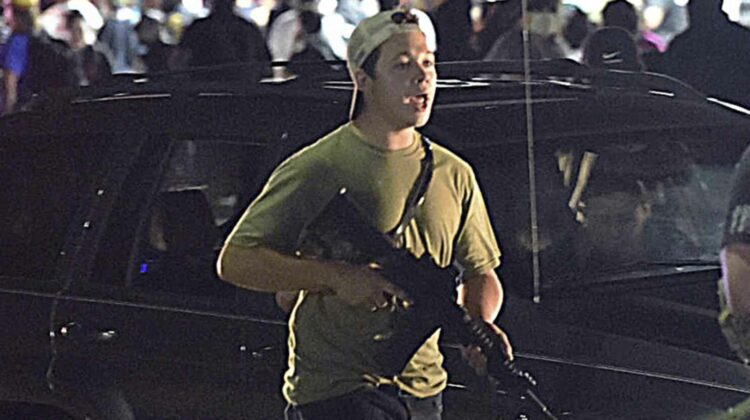 In the dying days of August, radical racist mobs converged on Kenosha to loot and burn. The damage inflicted on the Wisconsin city by the Black Lives Matter and Antifa rioters was estimated at $50 million, but a number with lots of zeros behind it can’t even begin to capture the shattered dreams of small business owners and the trauma inflicted on the people there.

A year later the damage still lingers. The Black Lives Matter rioters claimed that they were acting in the name of racial justice, but some of the worst damage was inflicted on businesses in the Uptown neighborhood where many of the city’s minorities live and where the destructive fires set by the rioters, committing literal and metaphorical arson, burned out of control.

A recent story describes how even now “much of the main commercial corridor is still boarded up or crumbling, the brick walls of empty businesses streaked with soot. Inside the shells of buildings that burned, debris is slowly rotting, the smell of mold wafting onto the sidewalk.”

After all this time it’s still impossible to speak honestly about the riots that destroyed so much. Even the term itself is off limits with the media and tech gatekeepers insisting on “unrest” to avoid the “negative connotations” associated with calling a race riot by its proper name.

Democrats, their media, and the nation’s biggest corporations put their weight behind the riots. Within a few months, Black Lives Matter, a Marxist racial supremacist movement, had become the national dogma. Reporters stood with a background of burning buildings in Kenosha and would insist on camera, as CNN did, that the protests behind the fires were “mostly peaceful”.

In the face of all that, a 17-year-old headed to Kenosha. The police were overwhelmed or too afraid of the political consequences to do their jobs. It fell to men and young boys like Kyle armed with guns and bats to hold the line and keep the people of Kenosha safe from the riots.

America was at war and the soldiers on the front line were hastily mobilized volunteers fighting for the people who had been abandoned and left behind urban enemy lines by an elite that married its belief in social justice with a contempt for the working class people of Kenosha.

It could have been any of them, veterans of foreign wars or teenage boys keeping watch on the darkness, who found themselves in Kyle’s place, confronted by violent leftist thugs, cut off, hounded, assaulted, and forced to fight for their lives, but it’s always that way in history.

Someone is forced to take a stand in a street somewhere and a moment in history is born.

Kyle’s story has been told wrongly, by the media, and rightly, by conservatives, so many times in the intervening year that we all know it by heart. But how a boy four years away from being able to legally buy a beer fighting for his life became a national news phenomenon is only part of the story. The bigger part of the story is how he was forced to fill a void in the most basic function of government, providing public safety, by a political system that embraced the rioters.

The day after Kyle shot radicals in self-defense, Robert Cobb, age 71, tried to stop the rioters from burning down the Danish Brotherhood in Kenosha and was brutally beaten by the thugs.

Cobb didn’t have a rifle. All he had was a fire extinguisher. He tried to spray the rioters to deter them, and they broke his jaw in three places and viciously beat him.

A year has passed, but he says that his “teeth don’t want to heal.”

There are lingering wounds like that, physical and spiritual, in the wake of the BLM race riots in Kenosha and across the country. It’s the pain that the “feel your pain” party with its safe spaces and “speech is violence” triggers has no intention of recognizing as worthy of their empathy.

Like Kyle, Cobb should not have been forced to be on the front lines of a war. A political system that abandons its core responsibility while inciting and cheering riots, and then expecting the handful of men who stand up, like Kyle and Cobb, to do it unarmed and without fighting back, and tries to lynch them afterward, is not a government, but a bunch of cowards and criminals.

We’ve all seen how many institutions and corporations, politicians and celebrities, the rich and the powerful, and masses of people in polls, have endorsed Black Lives Matter and the rioters. Against this empire of lies, a 17-year-old boy stood, not just when he fought for his life in the streets, but when he fought for it again in a system that had already successfully lynched several of its targets. And that had set its sights on claiming Kyle Rittenhouse’s scalp.

The triumph of justice is not something we take for granted. Not anymore. Every defendant who walks into a courtroom after being cancelled is fighting an uphill battle against rigged systems, tainted juries, and a system that is hungry to make examples out of those it believes to be its ideological enemies. Kyle’s fight in the streets and in the courtrooms has made him a symbol.

It’s why FrontPage Magazine has named him our Man of the Year.

But it’s not Kyle alone. Every man or woman who stood up, who like Cobb tried to protect a store or a neighbor, in Kenosha or in any of our cities and towns, they are our heroes.

The moment came in Kenosha and it’s not over.

“People are getting injured and our job is to protect this business,” Kyle told an interviewer before the shooting. “Part of my job is to also help people. If there is somebody hurt, I’m running into harm’s way.”

Kyle may not have been a police officer or in the military, but he did what front line and military personnel do, he ran into harm’s way. The harm wasn’t just the physical harm of the arson and the looting being carried out by the rioters, but the moral harm of a system that supported them and threatened anyone who wanted to stop their campaign of political terror against America.

Running into harm’s way is what heroes do. The first time Kyle ran into harm’s way, he didn’t know what to expect, but the second time, when he did it in the courtroom, he knew all too well.

Whatever Kyle does after this, he’s a symbol that any American can stand up to evil. And win.