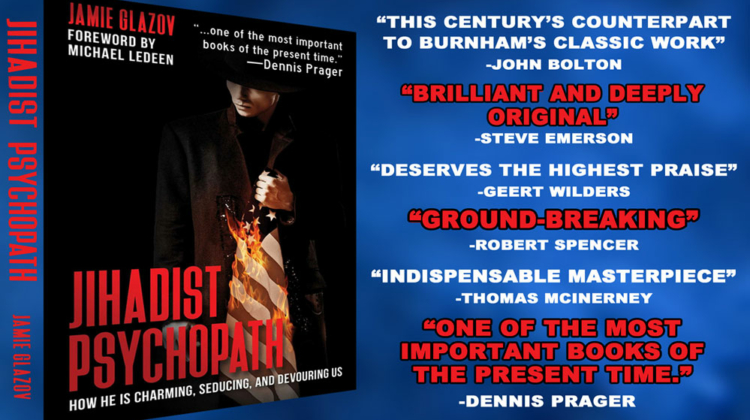 The study of psychopathy has revealed to an author that the formula employed by Islamic supremacists to ensnare and conquer non-Muslims is the same as that employed by psychopaths to subjugate their victims.

Dr. Jamie Glazov studied the behavior of psychopaths for many years, discovering they have a certain step-by-step process in which they operate. The editor of Frontpage Magazine tells OneNewsNow that “psychopaths have a formula they use to subjugate and to devour their victims.”

The process is composed of multiple stages, he argues – including a romancing stage, a seduction stage, a trapping stage, and a devouring stage, for example. In his new book, Jihadist Psychopath, Glazov explains how a psychopath and a jihadist share the same psychopathic process. 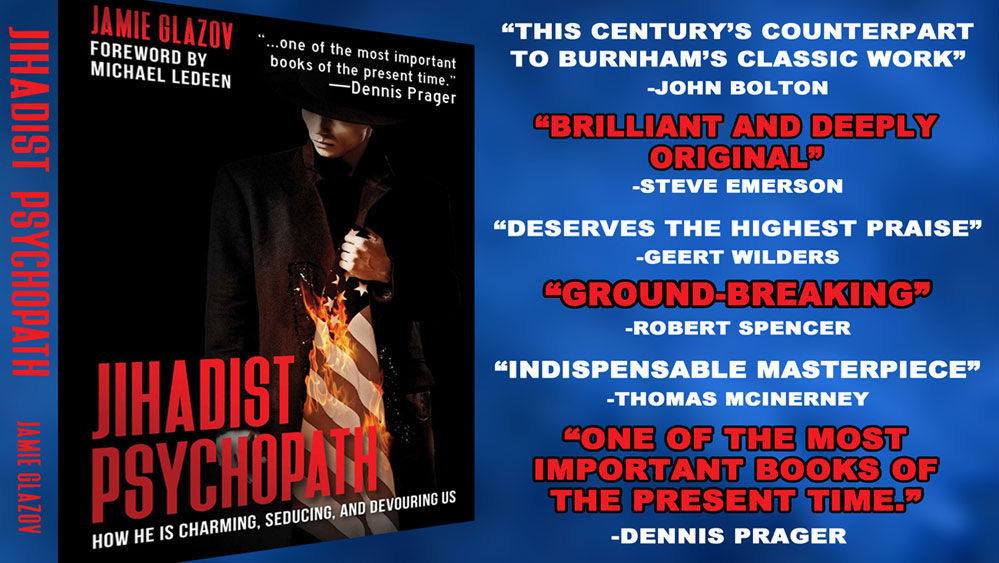 Likewise, when an attack is publicized in the West, Glazov notes “all of a sudden the emphasis is on the poor Muslims and how they’re fearing a backlash against the Muslim community.” Thus, he says, Americans will begin apologizing to the Muslim community – which is one of the shared steps of a psychopath and jihadist. Such content has actually prompted Twitter to issue a warning to Glazov that his book violates Pakistan law.

Glazov clearly understands oppressive law. His family escaped the socialist state of the Soviet Union when he was a child. Now living in the U.S., his motivation to expose jihadists is rooted in defending American civilization, he explains.

The author believes the media, the Left, and their followers are in a state of “jihad denial.” To illustrate this point, he points to the occurrence of a jihadist attack in the West and the reaction that follows. He contends the American public never gets an accurate threat assessment, nor do they ever get complete coverage of the attacker’s motivation.

In one example, he describes the typical terrorist attack: During the attack, the terrorist shoots, stabs, or blows something up and “[he] screams ‘Allahu Akbar!’ And this is how our media reports on it: ‘A man screamed God is great in Arabic’ – right?

“The thing is, he didn’t scream ‘God is great,’ but he screamed ‘Allahu Akbar,’ which means ‘Allah is greatest.’ It means he is greater than your God.”

Apart from a theological debate about God, the media needs to discuss the Islamic sources that inspire and sanction jihad – something Glazov says “is never done.” He believes that’s what the mainstream media would have to do to be honest … and accurate.

“Could you imagine Anderson Cooper or Don Lemon [both with CNN] inviting experts like Robert Spencer or Bill Warner to discuss what’s motivating terrorists in the world today?” he asks – arguing that both experts would make it very clear “you cannot be for Sharia and be a moderate Muslim, because Sharia is an oppressive, misogynist, totalitarian system.”

Instead, Glazov is certain groundless accusations would be made. After all, he points out, “the key weapon that the Left and the Islamic supremacists use today is pointing the finger and saying You hate all Muslims.”

And experts like Spencer and Warner are often called Islamaphobes, racists, or white supremacists, he adds. “[The media] tries to say that we – those of us who are trying to stop jihad – somehow hate all Muslim people,” he laments.

Neither the name-calling nor the accusations are based on facts, according to Glazov. “[It’s] all a lie. This is not about Muslims – this is about Islam and the devout Muslims who follow it [in accordance with Sharia law].”

In a concluding remark, Glazov warns it is the psychopath jihadist that America must learn to recognize – or they will continue on their path of destruction to subjugate and to devour America.

Editor’s note: To learn more about Jamie Glazov’s unveiling of the Jihadist Psychopath’s plantation — and how we can escape from it, CLICK HERE.