Order Jamie Glazov’s new book: Jihadist Psychopath: How He Is Charming, Seducing, and Devouring Us.

In this new video, Frontpage Editor Jamie Glazov joins the Rabbi Walker Show on Igniting a Nation to discuss his new book, Jihadist Psychopath – and the taboo truth about the Left and Islamic Jihad.

Also tune in to Jamie’s recent appearance on Governor Mike Huckabee’s TBN Show where he discussed his new book: 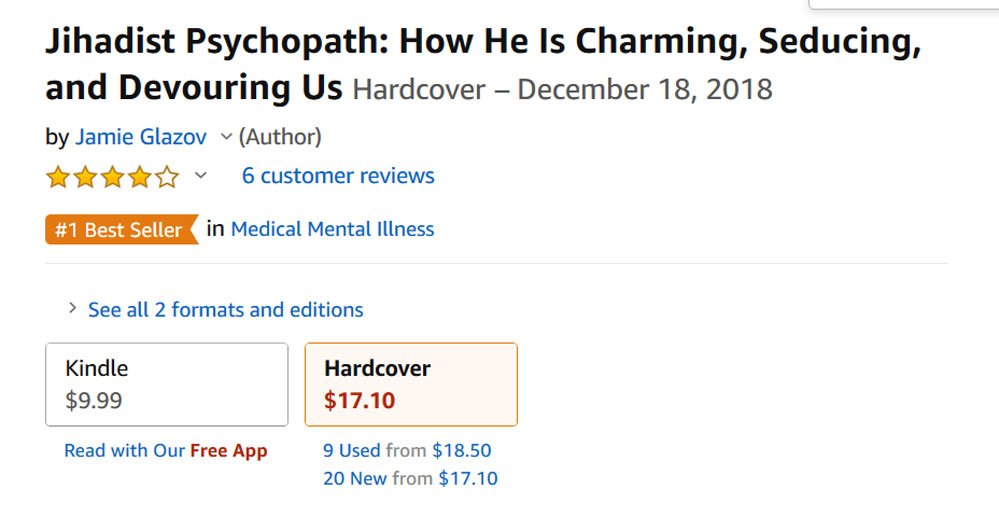 Meanwhile, we are excited to announce that Jamie’s new book is, at this moment, as indicated in the screen shot/graphic to the left, Amazon’s #1 Best Seller in the “Medical Mental Illness” category. It is also Amazon’s #1 New Release in the “Islam” category.

Perhaps it is really no surprise, therefore, why Jihadist Psychopath has also been targeted by Twitter and Pakistan for violating Islamic blasphemy laws.