We are excited to announce that Jamie’s new book is, at this moment, as indicated in the screen shot above, Amazon’s #1 New Release in the “Mental Illness” category.

The book is also Amazon’s #1 New Release in the “Islam” category.

Perhaps this explains why Jihadist Psychopath has been targeted by Twitter and Pakistan for violating Islamic blasphemy laws.

As Jamie’s video above reveals, Jihadist Psychopath offers an original and ground-breaking perspective on the terror war. Like no other work, it unveils the world of psychopathy and reveals, step by step, how Islamic Supremacists are duplicating the sinister methodology of psychopaths who routinely charm, seduce, capture, and devour their prey.

Jihadist Psychopath unveils how every element of the formula by which the psychopath subjugates his victim is used by the Islamic Supremacist to ensnare and subjugate non-Muslims. And in the same way that the victim of the psychopath is complicit in his own destruction, so too Western civilization is now embracing and enabling its own conquest and consumption.

Hard as it is to believe, many in the West simply will not take the time and trouble to understand the threat posed by radical Islamicist terrorism. James Burnham once wrote of a similar problem with international Communism in his masterful Suicide of the West. Now, Jamie Glazov has written this century’s counterpart to Burnham’s classic work and will doubtless upset those determined not to analyze for themselves the nature of the underlying phenomenon.

With a Foreword written by Michael Ledeen, glowing advance praise also comes from Dennis Prager, Geert Wilders, Robert Spencer, Steve Emerson and many other titans and scholars in the international arena. (See Amazon page for many of the blurbs).

Dennis Prager affirms that Jihadist Psychopath is “…one of the most important books of the present time.” 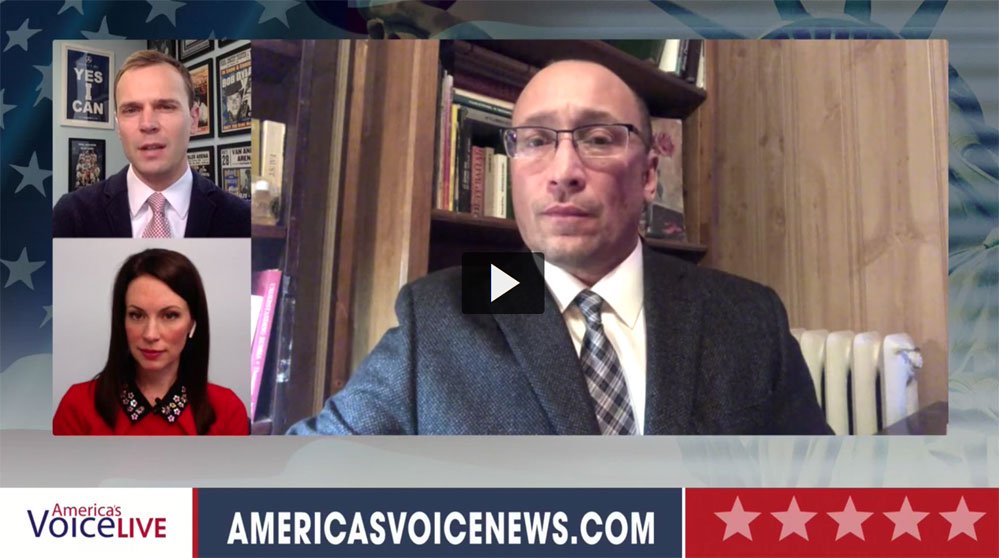 And that’s why you have to Order Jihadist Psychopath Today!

And make sure to check out Jamie’s recent 2-Part appearance on America’s Voice with Kyle Olson & Tudor Dixon to discuss Jihadist Psychopath below: