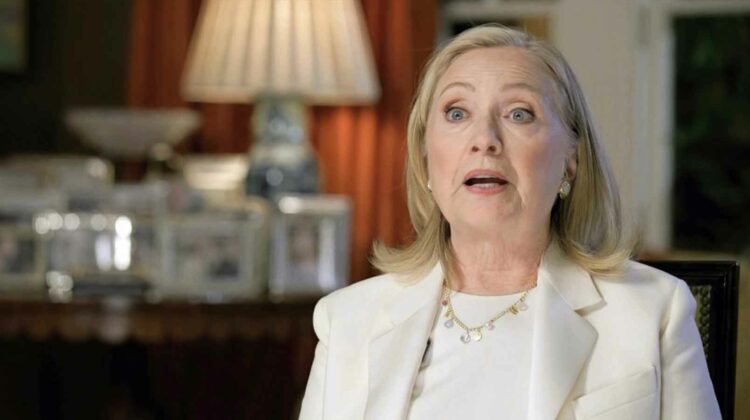 Hillary Clinton recently decided that it would be an opportune time to release a video of herself weeping (suspiciously, as Stephen Kruiser noted) through the speech she had planned to give upon winning the 2016 presidential election. Considering the fact that Hillary is one of the most artificial and calculating human beings on the planet, the question must be asked: Why now? Hillary has had over four years to release this speech, of which she is clearly proud. What is different about the situation today that led her to inflict this speech on an unwitting world? Former Trump adviser and current Gettr CEO Jason Miller has an answer: Hillary is positioning herself to become the Democrats’ presidential nominee in 2024.

By the time the 2024 election rolls around, Hillary will be 77, but Joe Biden, if he is still with us as much as he is now, will be nearly 82, and Kamala Harris will still be as obviously unfit to be president of the United States as she is now, even if by then she has served some time (heaven help us) in the Oval Office. The Democrat bench, as Stacey Lennox recently detailed, is even weaker. So why not Hillary? After all, she maintains that she won the election in 2016 in the first place; she clearly believes that she can defeat Trump (if he is indeed the Republican nominee, and again, in her view) in 2024.

The time may be right for Hillary. A new poll has a humiliatingly low 22% of Americans and 37% of Democrats wanting Biden to run again in 2024; meanwhile, only 12% (and 16% of Democrats) want Kamala Harris to be the Democrats’ standard-bearer in the next presidential election. And who comes after that? Transportation Secretary Pete Buttigieg, who enjoyed a long unannounced vacation as the supply chain crisis spiraled out of control? Gavin Newsom, the authoritarian governor of the California SSR? Stacey Abrams, who worked against the people of her own state for the sake of woke posturing against Georgia’s voter integrity law?

Miller explained that the rationale for Hillary’s recent reading of her victory speech was “all about gaming 2024.” He added: “Hillary’s trying to humanize herself and inject herself into the 2024 presidential discussion. That’s all it is. Let’s just be brutally crass and direct about it. The fact of the matter is that Crooked [Hillary] is circling around Joe Biden almost like a buzzard looking at the carcass on the ground, saying, ‘It’s not going to be Joe Biden, it’s not going to be Kamala Harris. How can I go and insert myself into this national discussion and remind people that I’m still here?’”

This analysis gains plausibility from Hillary’s introduction to her speech. She said: “I’ve never read this out loud. But it helps to encapsulate who I am, what I believe in, and what my hopes were for the kind of country that I want for my grandchildren, and that I want for the world, that I believe in that is America at its best.” Why would the kind of country that Hillary wants for her grandchildren and for the world be of anything except mild historical interest unless she intends once again to attempt to impose her vision on the rest of us from the Oval Office?

As my PJ Media colleague Chris Queen noted, Hillary “might be the least self-aware person in history.” She was never held accountable for her misuse of classified information on her email server or for her mismanagement and coverup of the Benghazi jihad attack in which four Americans were killed. Yet she recently had the audacity to proclaim: “We have to hold people accountable for their actions, particularly when those actions threaten our way of life, our rule of law, our future as a democracy.”

If Hillary were held accountable for her actions, there would be no question of her running for president in 2024 or ever, even if her brain is kept alive in a bubbling vat of nutrients and she declares her candidacy every four years until 2168. But it may be that at this point, the woman and the moment have met. As Biden and Harris continue to make a hash of things, the Democrats may ultimately conclude that Hillary is their best choice for 2024. One thing seems certain: Hillary Clinton’s all-encompassing ambition will ensure that she can never be completely counted out for a presidential run as long as she is still drawing breath.

Robert Spencer is the director of Jihad Watch and a Shillman Fellow at the David Horowitz Freedom Center. He is author of 23 books including many bestsellers, such as The Politically Incorrect Guide to Islam (and the Crusades), The Truth About Muhammad and The History of Jihad. His latest book is The Critical Qur’an.