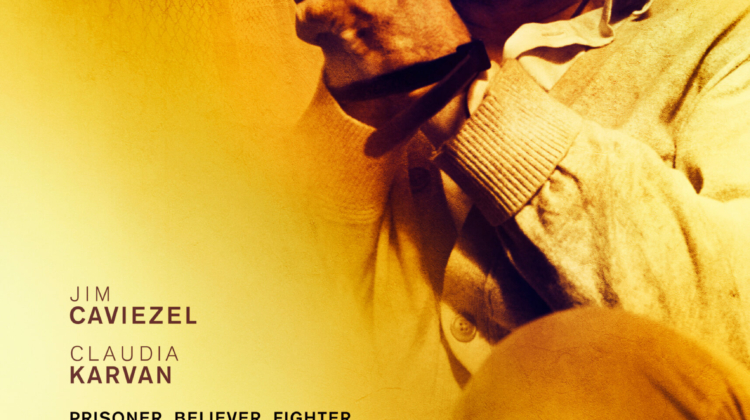 It is increasingly difficult these days for conservatives to enjoy anything from mainstream Hollywood, which has made its contempt for all those white supremacist Trump supporters in the flyover states very clear. Conservative viewers have had enough of movies and TV series that denigrate, ridicule, and demonize their faith and values. They’re done with being bludgeoned by social justice messaging from hypocritical, elitist actors and filmmakers. They’ve canceled their cable TV and their Netflix subscriptions over increasingly vile, nihilistic content. The only entertainment refuge those viewers are left with, however, is bland “faith-based” programming aimed squarely at conservatives, that too often suffers from low budgets, amateurish quality, and heavy-handed messaging of its own.

So when a movie comes along that merges the best of both mainstream and faith-based filmmaking (but doesn’t fit neatly into either category), that unites strong storytelling and a respect for conservative belief and values, and that doesn’t sucker-punch us with a message of moral equivalence, we need to throw our support behind it and spread the word. Infidel, which opens nationwide today, September 18, is one of those rarities.

Executive produced by Dinesh D’Souza’s media company, and written and directed by Cyrus Nowrasteh, whose 2006 ABC miniseries The Path to 9/11 sparked front-page controversy and sent Bill Clinton and his former administration cronies into paroxysms of anger, the R-rated Infidel is a Middle East thriller starring Jim Caviezel as an American prisoner of the Iranian regime, falsely accused of spying for the CIA. His only way out is to sign a confession – and publicly renounce his faith and convert to Islam.

Jim Caviezel (best-known, of course, from Mel Gibson’s Passion of the Christ) plays Doug Rawlins, a prominent Christian blogger who accepts an invitation to a televised speaking engagement in Cairo. His wife Liz (played by Australian actress Claudia Karvan), a State Department official, tries unsuccessfully to dissuade him – she is concerned that he won’t be able to resist proselytizing in the Muslim country and sparking controversy. And indeed, although Rawlins does his best to find common interfaith ground with the congenial Muslim host of a TV talk show, he finds himself compelled to testify a truth of his faith that directly contradicts Islam, as shocking as that is to the show’s studio audience and viewers. A clip from the show swiftly goes viral on the internet and Rawlins finds himself at the center of a budding international incident. He is subsequently kidnapped, brutalized in a secret location, and accused of spying by agents of the Iranian regime who, unlike too many in the West, are perfectly comfortable acknowledging that we are in a Clash of Civilizations. “We’re going to win,” his Muslim captor promises him, “because we’re not afraid to die.”

Meanwhile, Liz tries to get her superiors at the State Department to take action, but they’re not about to risk setting off a powder keg with Iran over a Christian blogger who should have known better than to preach to Muslims. Liz is on her own, and she summons the grit to travel to the Middle East to plead for her husband’s release – only to find herself targeted by Iranian agents as well. She falls in with a small community of Iranian Christians – mostly women “who are tired of being victims” – who oppose the regime and who run a sort of Underground Railroad for fellow Christians.

The last act of the film accelerates into explosive action, but Nowrasteh doesn’t turn Karvan’s and Caviezel’s characters into action heroes. They remain very convincingly real people in desperate straits, and you feel the tension as much as you felt Rawlins’ fear during his torture.

The acting, from the leads and all the supporting actors, is outstanding. There is not a false note played by Caviezel or Karvan as a happily married couple (how many of those do you see in mainstream Hollywood flicks?) whose relationship – and whose faith, at least on Liz’s part – has nevertheless been dealt a cruel blow by a tragic accident. This is arguably Caviezel’s best work ever. Ordinarily, an actor of his talent and ridiculous good looks would be a major star in Hollywood, but as an intensely devout, pro-life Christian he is not one of Hollywood’s cool kids – nor would he have it any other way. There is not a better choice in Hollywood to play a character whose faith sustains him through torture and threat of death.

Dedicated to “those Americans still being held in Iranian prisons,” Infidel is based loosely on a couple of cases of Americans who have ended up in prison in Iran, most notably Robert Levinson, the longest-held hostage in U.S. history, who disappeared into Iranian custody in 2007 and died there earlier this year.

The movie also highlights the plight of Christians in the Middle East generally; they are the most persecuted religious demographic in the world. In some countries – Egypt and Nigeria leap to mind – Christians are the target of a literal genocide at the hands of Islamic supremacists. “Barbaric Christian persecution is something that still goes on today,” Caviezel said in an interview. “The goal [of Infidel] would be to create a sense of urgency and relevance to Christians and non-Christians who should be engaged in this issue.”

I have already read a couple of positive reviews for Infidel, but in the main this film likely will get two reactions from most mainstream media reviewers: it will be ignored because of its unapologetically pro-Christian worldview, or vilified as “Islamophobic” because it is critical of the Iranian authorities and because it highlights Islamic honor killings – a topic Nowrasteh (himself of Iranian descent) had previously brought to light in his The Stoning of Soraya M., which also starred Caviezel and was based on a true story.

(Nowrasteh also co-wrote, with his screenwriter wife Betsy, and directed The Young Messiah, a moving adaptation of the Anne Rice novel about a young Jesus, now available on Amazon Prime. Don’t miss it.)

In an email, director Nowrasteh told me that to avoid attention from the Iranian regime, there was heavy security during the filming, especially for Caviezel, and that the government in Jordan, where Infidel was filmed, wanted him to give the project a low profile due to possible objections from the Iranian embassy. “Of course,” Nowrasteh told me, “the Iranians found out and expressed their disapproval.”

Nevertheless, Nowrasteh managed to complete filming. And today it’s in theaters (at least, those which haven’t been closed by draconian pandemic restrictions). Find it near you and get the DVD when it becomes available. Courageous, quality storytelling like this, which respects conservative viewers without pandering to us, needs to be rewarded.