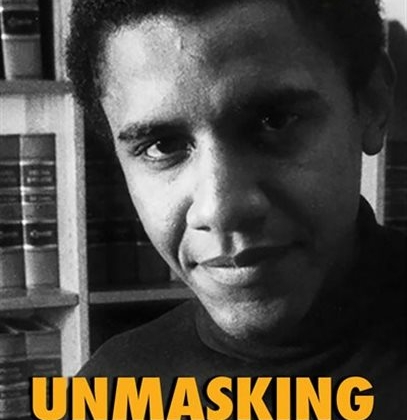 Jack Cashill has written over a dozen books, including two about the mysterious 1996 explosion of TWA Flight 800, one about the Trayvon Martin case, and two – now three – about Barack Obama. His new book, Unmasking Obama: The Fight to Tell the True Story of a Failed Presidency, is a definitive account not only of Obama’s eight years in office but also of the transformation of most mainstream American political journalists, largely during the Obama era, from relatively objective reporters of the facts – emphasis on “relatively” – to dedicated partisans of the left, ready and eager at every turn to cover up unpleasant truths (however important) about Democrats and to promote outrageous lies (however destructive) about Republicans.

Fortunately, in the age of the Internet, the mainstream media have competition. Yes, there are scads of people who purvey nonsense online. But there are also serious writers who are devoted not to the Democratic Party narrative but to the facts. Some of them have worked in the mainstream media only to lose their jobs because of their excessive curiosity about matters that their bosses considered off-limits. Ken Timmerman, a Clinton voter in 1992, was fired by Time when, in 1994, he “followed the facts on the China trade to the doors of the Oval Office.” Sharyl Attkisson’s interest in the Benghazi story forced her out of CBS News. Both kept writing, but for less prestigious – and less lucrative – outlets. Cashill calls these non-mainstream writers “Lilliputians” (for the teeny-weeny people, of course, in Gulliver’s Travels) and describes them as members of the new American samizdat, borrowing the Russian word used in Soviet times to denote, as he puts it, “the clandestine copying and distribution of literature banned by the state.”

It seems to me that applying the term samizdat to the media picture in the U.S. today is wonderfully clarifying. No, Cashill admits, members of the American samizdat don’t face the threat of the gulag – not yet, anyway. But they – we – are untouchables on the media landscape. We have a far tougher time making a living than the lockstep hacks of the MSM, and are effectively barred from, say, employment in higher education. The websites we write for are deemed “unreliable sources” by Wikipedia, which at the same time treats everything in the New York Times and Washington Post as holy scripture. Those who seek to dismiss, distort, or demonize us are aided in that effort by colossally deceitful left-wing operations such as Media Matters for America and the Southern Poverty Law Center, whose smears against us – “racist,” “Islamophobe” – the MSM routinely cite as authoritative.

While borrowing the word “Lilliputians” from Jonathan Swift, Cashill lifts the word “firemen” from Ray Bradbury’s dystopian novel Fahrenheit 451, in which the job of firemen isn’t to put out fires but to burn books. In today’s American media, the firemen, as defined by Cashill, are those members of the MSM who avoid reporting on news that counters the mainstream narrative. Take those editors and reporters who covered up Obama’s ties to the corrupt left-wing organization known as ACORN, which was supposedly devoted to helping the black community. Ultimately it was a young freelancer, James O’Keefe, whose covert videotapes made ACORN criminality public. In response, major media such as CNN and the Post attacked him as a racist; but O’Keefe’s exposé was so powerful that ACORN ended up dissolving in 2010. Even now, however, the ACORN page at Wikipedia – a solidly left-wing site – asserts that O’Keefe’s videos “inaccurately portray[ed] the [ACORN] personnel as encouraging criminal behavior.”

The fall of ACORN was only one episode. Throughout Obama’s presidency, the MSM presented him as a remarkably virtuous, scandal-free leader. Only thanks to the samizdat do we know better. And Cashill brings it all together. His book is a remarkable trove – a damning litany of crimes, falsehoods, catastrophic missteps, indefensible decisions, and suspicious autobiographical omissions and distortions, ranging from the big lie of Obamacare (“If you like your health care plan, you can keep it”) to the IRS’s targeting of Tea Party groups, from Fast and Furious to Sylindra. There are also innumerable smaller stories of the sort that the MSM ignored, but would’ve plugged tirelessly if they’d been about Trump and not Obama – including the mystery about Obama’s social-security number (which places him in Connecticut, a state he never lived in); his baffling refusal to discuss with the Times his student years at Columbia University; and the rewriting by reverential Obama biographers of his parents’ very brief marriage, apparently to lend credibility to his fanciful reference, in speeches, to the “improbable love” between the Kenyan man and the Kansan woman who “shared an abiding faith in the possibilities” of America.

Then there are the exceedingly shady Obama friendships that the MSM strove to ignore, downplay, or whitewash. Take Obama’s mentorship in Hawaii by Frank Marshall Davis, the Communist pedophile whose identity was first obscured in the memoir Dreams from My Father (in which he was referred to only as “Frank”) and who was omitted entirely from the audiobook. Or Obama’s coziness, during his Chicago days, with Bill Ayers and Bernardine Dohrn of the radical Weather Underground, the former of whom is believed by many to have ghostwritten Obama’s memoir Dreams from My Father. Journalists who have shown curiosity about either of these relationships have been shot down as racists, right-wing extremists, conspiracy theorists, or all of the above.

Granted, Obama’s two-decades-long relationship with his anti-Semitic, America-hating Chicago minister, Jeremiah Wright, did make MSM headlines. The story was simply too big to bury. Still, the MSM was quick to help Obama out. First, it put a positive spin on the 2008 Philadelphia speech in which he stated that, despite Wright’s imperfections, he could “no more disown him than I can disown my white grandmother.” Briefly put, Obama, by way of exonerating Wright, threw grandma under the bus, saying that she’d “once confessed her fear of black men who passed her by on the street.” This was a lie. In fact, Madelyn Dunham, who was seriously ailing at the time of the speech, had never “confessed” any such thing; Obama had invented the story, smearing the woman who’d raised him for years while his mother was off in Indonesia. The Philadelphia speech was hailed by the MSM as a heartfelt statement on race relations. A few weeks later, Obama kicked Wright to the curb. Then, two days before her grandson was elected president, Dunham died, having refused, after the Philadelphia speech, to say how she felt about him. The MSM spun (or deep-sixed) every bit of this disgusting episode to Obama’s benefit.

Race dominated the Obama years. After a campaign during which he speechified eloquently about racial unity, he spent his presidency whipping up racial division, all with the help of the MSM. Remember the policeman, James Crowley, who was smeared as a racist for arresting Harvard professor Henry Louis Gates? Did you know he’d voted for Obama? Remember George Zimmerman, also labeled a racist after he killed Trayvon Martin? Did you know that Zimmerman, too, was an Obama voter? The Ferguson shooting of Michael Brown; the founding of BLM; the knee-taking by Colin Kaepernick and others: at any point, Obama could have made a passionate speech about race and defused the situation. Instead he whipped up racial animosity, and the MSM applauded. In 2009, whites and black alike held very positive views of race relations in the U.S.; four years later, they had far grimmer views of the situation.

That wasn’t all. In 2012, when the Obama administration dishonestly blamed the deadly attacks in Benghazi on an anti-Muslim film, the MSM parroted the lie. Cashill documents the way in which mainstream reporters who knew nothing about foreign affairs were dependent on mendacious “messaging” by wily Obama staffer Ben Rhodes. Cashill reminds us that Obama was collaborating closely with Russia in 2015 – recall the hot-mic moment when he asked Russian president Dmitry Medvedev to inform Vladimir Putin that after his re-election he’d “have more flexibility” to pursue Russia-friendly policies. Did the MSM care? No. But a year later Obama’s need to frame Trump meant that “the White House had to frame Russia too.” And so, too, did the MSM, which unquestioningly parroted the inane Russia-collaboration narrative for years.

There’s much more in Unmasking Obama, but suffice it to say that this is a book that needed to be written, and that needs to be read by every American who cares to know the truth about that most incompetent and malevolent of presidential administrations. Even if you feel that you followed the samizdat closely during the Obama years, there will be remarkable material here that you’ve either forgotten or never heard about. But Cashill’s more important accomplishment here is the way in which he maps the media, distinguishing the fake-news giants from the fact-driven Lilliputians. This service is more important than ever in the age of Biden, when the Democrats’ recapture of Washington has given the MSM – and their Silicon Valley allies – a new sense of empowerment, which they’ve exploited in the most nefarious of ways. Even as I write this, it’s being reported that Twitter has “restricted” James O’Keefe and his organization Project Veritas for daring to expose censorship by Facebook. More than ever, samizdat heroes like O’Keefe are necessary to the survival of our democracy. And Unmasking Obama – whose author is also in the first rank of those heroes – is vital reading for all Americans who don’t yet grasp the degree to which their picture of reality has been distorted by guileful operators who, claiming to be brave voices of truth, have instead been the willing tools of power.