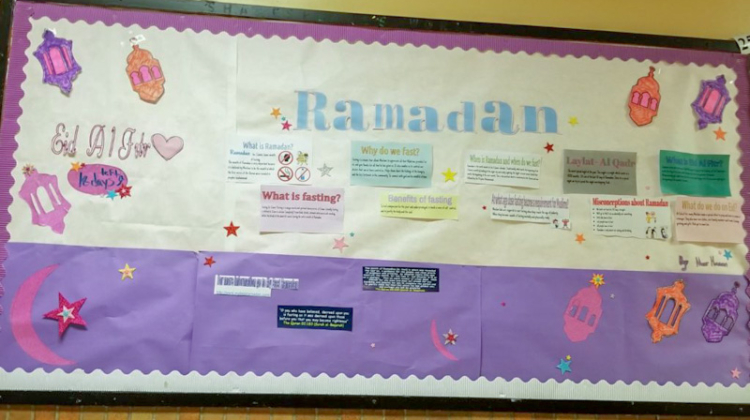 Memorial High School in New Jersey has come under fire after it allowed two Muslim students to proselytize for their religion in multiple classrooms and allowed banners invoking the Muslim god Allah and urging students to celebrate Ramadan to be hung on school grounds.

According to the Freedom of Conscience Defense Fund (FCDF), an organization that does pro-bono legal work to defend conscience rights and constitutional liberties, Memorial High hung “two district-sponsored Ramadan posters” on school grounds. One of these posters exhorted students to “Have a blessed Ramadan” and added “May Allah Continue to Shower [sic] You Love and Wisdom” A second banner urged students to “celebrate” in fancy silver lettering and wished them “Happy Ramadan!” and “May this month be filled with all that is good.” 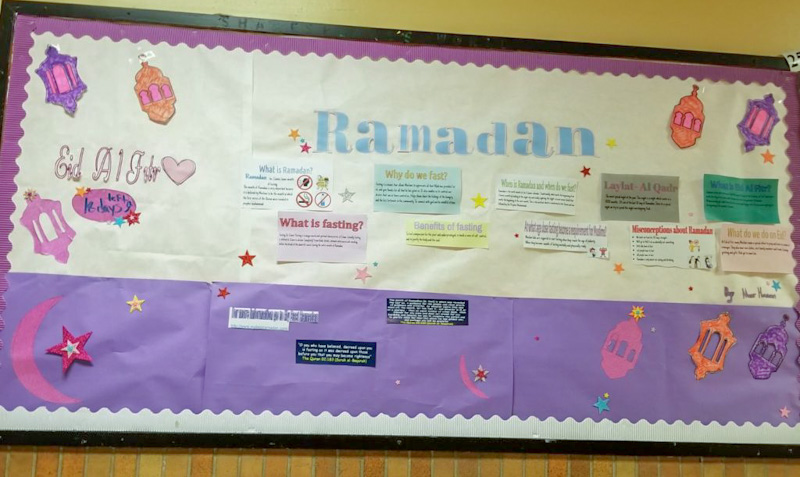 “A public school district would never hang posters praying for Jesus Christ to shower students with love and wisdom,” asserted FCDF Executive Director Daniel Piedra. “Apparently the Left’s notion of the so-called ‘separation of church and state’ only applies to Christians.”

The Freedom of Conscience Defense Fund sent a cease and desist letter to Memorial High Principal Scott Wolhrab and Superintendent Clara Brito Herrera demanding that the posters be removed immediately. Attorneys for the school district responded just two days later, writing to the FCDF that “the poster(s) that may have been deemed legally impermissible in a public educational setting have been removed from Memorial High School.” But that was not the end of the story.

In talking with a concerned teacher at the school, the FCDF learned that in addition to the posters, officials at Memorial High also allowed “two Muslim high school students going class-to-class during school hours, interrupting lessons, and trying to convert students to Islam under the guise of teaching them about Ramadan.”  The students also created “massive bulletin boards promoting Islamic religious practices and inviting students to learn more about the benefits of being a Muslim” which were sponsored by the “Dawah Committee” of their local mosque.

The explicit mission of the North Hudson Islamic Educational Center’s Dawah Committee, as noted on its website, is proselytizing for the Islamic religion by “sharing the guidance of the Glorious Quran and the mercy of the prophet Muhammad (PBUH) with our neighbors and friends” and “empowering Muslims to be advocates of the message of Islam.”

The Memorial High students who undertook this mission chronicled their efforts in a post in an online Islamic forum. In that post, titled “Ramadan in the Public Schools,” the numerous ventures of the Muslim students to spread the word of Allah in their public school were documented and praised.

“Jazaakum Allahu khairun – way to go! We congratulate Sr. Nour Hasan and cousin for their outstanding dawah educational awareness in the Public Schools. We pray that other students and parents will follow suit in the near future. May Allah subhanahu wa ta’ala reward them manifold. We also thank Memorial H.S. for their kindness and inclusivity of our Muslim students.”

“The NHIEC Ramadan in Public School Package [see above, the School Outreach Ramadan Kit 2019] was helpful. I also contacted Project Eid Awareness. Sr. Marjana sent me a banner – a white one you can see in the pictures.

“I did the Bulletin boards which I have the presentation slides on.
When I asked the school if I could hang a banner up the school made their own banner that they put in the entrance of school.

“I did the presentation in 5 different classes: 3 History, 1 English and 1 French class. One was a freshman class and the rest were 10th grades. I made goody bags that had candy and I asked questions. Afterwards, I gave out the treats to whoever answered the questions. I also made some Arabic sweets for one of my classes. No one else helped in the presentations except for my cousin. She did the one about the traditional food and stuff that we have during Ramadan.”

In the wake of the controversy, the post appears to have been removed.

“For years, courageous Americans have been sounding the alarm about the threat of Islamic indoctrination in America’s schools, only to be smeared as Islamophobic, anti-Muslim conspiracy theorists,” commented FCDF Executive Director Daniel Piedra. “What is transpiring in this school district is no doubt a conspiracy, but the blatant Islamic proselytizing here requires no theorizing—it is fact,”

The FCDF issued a public records request to the school district in an effort to uncover further details about the unconstitutional Muslim proselytizing that was allowed to occur at Memorial High, but the district denied that request as “unclear” and “overly broad.” In response, FCDF plans to file a complaint with the state of New Jersey to force the district to hand over their records concerning the Islamic proselytization.

“We are determined to hold the West New York School District accountable to the students, parents, and communities they are legally obligated to serve. Once we obtain this information, we will work closely with students, parents and advocates to ensure the Constitution, not Sharia law, is the final authority in the District,” FCDF executive director Piedra asserted.