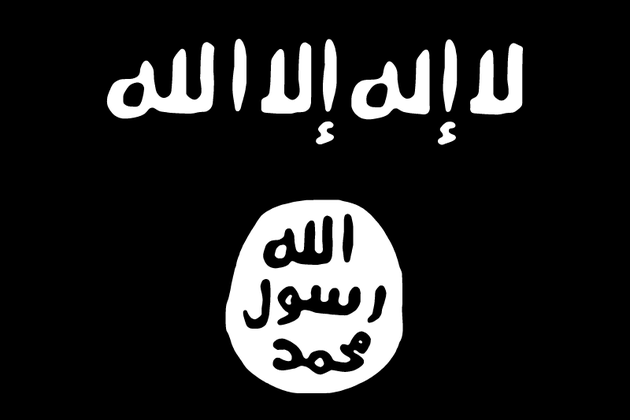 The FBI’s Newark office issued a stark warning Thursday as it announced it had received “credible information” about a nonspecific but widescale threat to synagogues in New Jersey.

The threat came from the likeliest source. As I have mentioned before, Muslim terror plots keep popping up, they don’t succeed so we don’t pay attention to them. But just because we don’t care about Islamic terrorism doesn’t mean it’s forgotten about us.

Omar Alkattoul had some thoughts about Jews.

“I am the attacker and I would like to introduce myself. . . I am a Muslim with so many regrets but I can assure you this attack is not one of them and Insha’Allah many more attacks like these against the enemy of Allah and the pigs and monkeys will come.”

Alkattoul sent the document to at least five other people, and allegedly described his motivation in the planned attack as “hatred towards Jews and their heinous acts.”

How long until the media blames mental illness?

“The Jews are in fact a very powerful group in the west which is why western countries today shill for them on top of the murtadeen in Saudi Arabia and every Arab country.”

Murtadeen means apostates. As we will see, Omar Alkattoul has some ISIS sympathies.

This attack was just to remind the Jews that as long as 1 Muslim remains in this world they will never live a pleasant life until the Muslims in Palestine, Syria, West Africa, and South Asia are living a pleasant life. The Jews support terror against the muslimeen and they always have . . . .  So the motive of this attack is hatred towards Jews and their heinous acts and I don’t want anyone to tell me for a second that “not all Jews support terror against Muslims” yes they do! They have since day one. Their Torah justifies their acts and let’s keep in mind it was a Jew that tried to kill the nebi SAW.

That last is a reference to Mohammed.

The manifesto is classical antisemitism. Islamic terrorists have tended toward martyrdom videos, the manifesto is more of the sort of thing that school shooters and 4chan white supremacists tend to do before an attack. But Omar is 18, quite possibly born in this country, maybe even raised here, and he’s imitating them in tactics, even as his message and worldview is the traditional Islamic one.

Can we discuss this? I strongly suspect we can’t. The liberal Jewish groups who have recently started talking about antisemitism aren’t going to want to touch this with a ten-foot pole.

Muslim antisemitism is still politically incorrect. Even though it poses an existential threat.

Other sections of the Document contained the following titles: • “Why hatred towards Jews is a good thing even if they’re not Zionists” • “The right-wing ideology of the Jews” • “The term ‘anti-Semitic’ and it’s true meaning” • “The ‘Holocaust’” • “The ‘good’ Jews,” in which ALKATTOUL states, “Good jews do not exist unless if they convert to Islam. . . . I hate jews based on their actions and their religion that justifies the actions they do.”

So much for J Street and JVP.

This guy was busted, but how many more of them are there out there?

ALKATTOUL told Individual-1, “I actually started writing it a long time ago. If you want I will link it. It’s in the context of an attack on Jews.”

On or about October 5, 2022, ALKATTOUL used a different social media application to send Individual-2 an audio recording of ALKATTOUL speaking in Arabic. The recording has been translated into English as follows:

Abu-Hasan al-Hashimi al-Qurayshi is an ISIS caliph. It’s odd that the DOJ makes no mention of the ISIS angle. But there’s probably political reasons why the Biden DOJ isn’t eager to mention ISIS in the context of an American attack.

The manifesto mentions that,  . . “when I say “heroes and lions” I am referring to Osama Bin Laden, Abu Musab al-Zarqawi, Abu Bakr l-baghdadi, Abu Muhammad al-Adani, Anwar alAwlaki, Abu Omar al-Shishan, Mullah Omar and Abdullah Azzam[7] . . . and of course the lone wolf muwahideen who have made the kuffar shook”

And that he supports violence against non-Muslims in general.

“I as a Muslim and disbeliever in the taghut, I support terrorism against the kuffar and the enemies of the deen.”

The manifesto appears to be in the style of the Breivik and 4chan manifestos. And Omar Alkattoul uses language strongly suggestive of the chan ecosystem.

On or about August 29, 2022, ALKATTOUL sent a private message on Application-3 to Individual-2, stating, “As a Muslim I support Dylann Roof because he went in a n****r Christian Janiya type church and killed 10 Christcucks while being an atheist, a lot Muslims in the west should learn from him.”

“Christcucks” is alt-right neo-Nazi chanspeak. It’s another indicator that neo-Nazis and Islamists are cross-pollinating 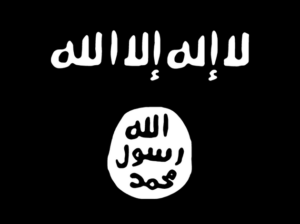