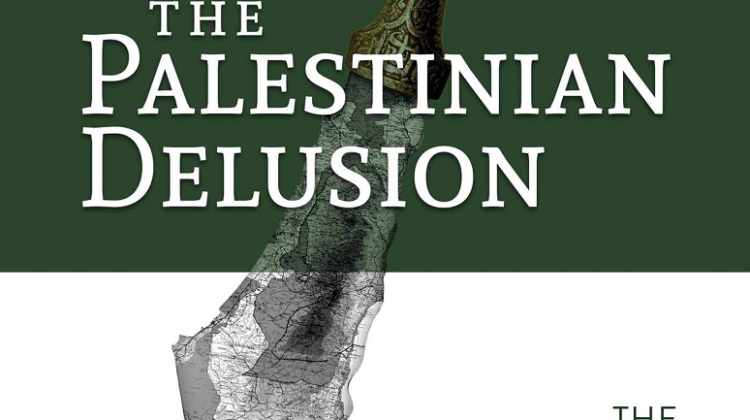 Robert Spencer’s new book, The Palestinian Delusion, under the “light of reason” is an invaluable accurate account that ranks as a most worthy scholarly work on the subject by a man of outstanding credentials, impeccable integrity, and unsurpassed qualifications. This meticulously documented and comprehensive book is a treasure for anyone wishing to learn the truth of the Palestinian and Israeli conflict.

Spencer methodically demonstrates time after time that the Jews conclusively, not only have the right to live in their ancestral homeland, but the term “Palestinian” has been invented. “Invented people” may sound disturbing to some who have not taken the time to study historical facts. However, truth is the best weapon against falsehood. Spencer has carefully tied various historical origins with current events that provide facts and understanding about what is happening in our present time.

Spencer states: “Another familiar theme of pro-Palestinian literature today is that the State of Israel exists on “stolen land”— stolen, of course, from the indigenous people of Palestine. In reality, the land is no more stolen than the Palestinian Arabs are its indigenous inhabitants.” He continues: “Nonetheless, the myth has taken hold, and it is now widely taken for granted, in our age that has little historical memory and scant interest in gaining more, that the Palestinians are a genuine nationality and are the indigenous people of the land that Israel illegally occupies.”

As a Persian who grew up with the Jews in Iran, I would like to add to Spencer’s insight of birth and rebirth of the State of Israel. In 539 BC, King Cyrus the Great of Persia liberated Babylon, decreed the freedom the Jews from captivity and enabled them to return to their “Promised Land” to rebuild the Solomon Temple. For his benevolent act, Cyrus the Great in the book of Isaiah 45:1-3, was referred to as “mashiach,” the anointed one or “messiah.” He was undeniably Zionist. Despite the worldwide spread of anti-Semitism, true Iranians have remained friends of the Jews by both belief as well as deeds.

May 14, 1948, is the rebirth of one of the oldest civilizations in history, the State of Israel. Israel with Judaism as its religion has historical continuity spanning more than 3,000 years. It is one of the oldest monotheistic religions and the oldest to survive into the present day.

In The Palestinian Delusion, Spencer gets to the root of anti-Semitism. From Islamic sources to other sources “Anti-Semitism on campus, the virus continues to spread.”  Spencer in this new jewel has illustrated a long conflict that no one has been able to solve or simply come to a peaceful agreement. Palestinian Arabs refuse to compromise. Even after Israelis gave them Gaza (which I disagreed), this did not bring peace to the region. In fact, Hamas terrorists never stopped launching rockets and mortar attacks to Israel from Gaza. That is precisely why the ‘two-state’ solution will never work.

“The two-state solution was born out of the British duplicity regarding the Arabs and Jews in Palestine. The Balfour Declaration had called for the establishment of a “Jewish national home” in Palestine, an ambiguous phrase that may or may not have meant a Jewish state. But then Colonel Bertie Harry Waters-Taylor encouraged the grand mufti al-Husseini to incite the Muslim Arabs to riot in 1920, and helped pave the way by withdrawing British troops and the Jewish police from Jerusalem.”

The situation in the Middle East is very intense and dangerous. The conditions for an all-out war in that region are greater than at any time in recent history.

In short, Robert Spencer has indeed put together a highly educational book about the conflict between Israel and the Palestinian that is easy to read and understand. I highly recommend this book to anyone who is interested in understanding the roots and the foundation of this conflict, a conflict that has lasted so long, generated so many global headlines, and created so much controversy surrounding Israeli-Palestinian relations.