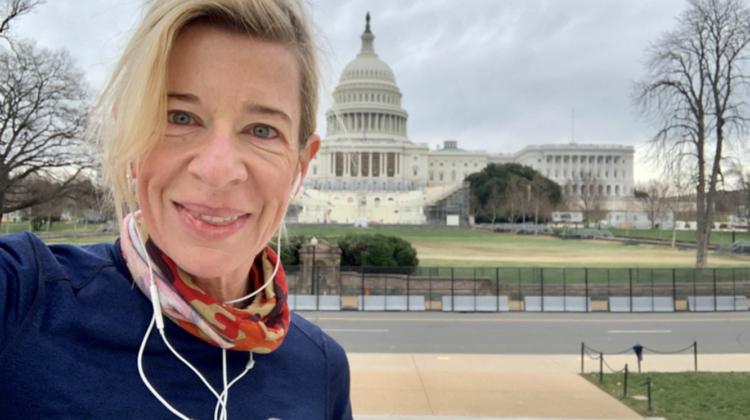 “Do you denounce the violence at the Capitol Building?”

Any talking head on radio or TV must now first answer that question in the affirmative before they are allowed to express an opinion. The whole paradigm infers, naturally, that the default position of Trump supporters is to encourage violence. Empirical evidence, of course, tells us the exact opposite. Indeed, the behavior of the MAGA masses at every peaceful rally, every boat parade and every convoy in 2020 is a testament to that reality. The eyewitnesses among the over 500,000 people who gathered at the MAGA rally on the National Mall on January 6 have also related something quite telling: that they actually had absolutely no clue about what went on at the Capitol Building — until they finally got a signal on their phones or went back to their hotels and saw it on the TV.

Listen carefully to one of the eyewitnesses here:

I was also an eyewitness to many things. All bars and restaurants were closed. A curfew was in place. The National Guard was flooding in — and in the chilly darkness Trump supporters had nowhere to go. Even the MAGA loyalists who were gathered on the sidewalks outside hotels downtown were being ushered back inside buildings by Capitol Police.

At my hotel in Chinatown, a MAGA group just inside the foyer held a kind of raging standoff with the police outside the glass front doors, opening them occasionally to vent their frustrations. And their frustrations were not without cause.

They had been promised a reckoning. January 6 was supposed to be the date when all that was wrong would be made right, when somehow by the slimmest of margins and thinnest of chances, Trump would prevail.

Whether this came from Senators and Congressmen disputing the count, or from some miracle of Constitutional contortion by Vice President Mike Pence, there was still hope. And since November 3, somehow many on Trump’s side had kept their faintest of hopes alive.

Some believed in Sidney Powell, convinced she would have the legal clout to expose the fraud against the President. Others put their faith in Giuliani and his endless bombast. Others held their breath for the possibility of a ten-day delay to enable a formal audit of the votes.

None of this came to pass. Almost every Senator who had promised to challenge the vote ended up falling meekly into line in the aftermath of the disruption inside the Capitol Hill building earlier in the day.

Tennessee’s Bill Haggerty (R-TN), Ron Johnson (R-WI), James Lankford (R-OK), Marsha Blackburn (R-TN), Mike Braun (R-IN), and Kelly Loeffler (R-GA) all signaled their intention to ledge objections to at least one vote. Only to reverse course and vote to certify Biden’s win after the violence in the Capitol Building.

No politician wanted to be contaminated by the scenes on the Hill. Many tried to cleanse themselves by repeatedly denouncing the violence — that even Trump himself denounced. They were clearly calculating that their own political survival depended on it.

If some could have stripped naked and doused themselves with hand sanitizer live in the Senate to demonstrate their purgatory, I believe many of them would have done so. I sat on a couch with dedicated Republicans in DC as they watched the Senate proceedings in horror.

Senator Lindsay Graham was quick to reveal his stripes:

Trump and I, we’ve had a hell of a journey. I hate it to end this way. Oh my God, I hate it. From my point of view he’s been a consequential president. But today, first thing you’ll see. All I can say, is count me out, enough is enough.

The aftermath has been just as dark.

The Capitol Building is now caged as well: 8 foot fencing, concrete bollards and national guard troops stationed at every corner. There are snowplows on every junction, groups of police on bikes circling around, and a strange sense of malevolence hanging over the mall.

As I run from the Capitol Building to the Lincoln Memorial, everything feels enormous. The seriousness of the moment, the sense of time and place, the evil held at the center of power, the hopes and dreams of the powerless held in the arms of democracy, the presence of Lincoln — bearing down on us all.

And I feel very small. 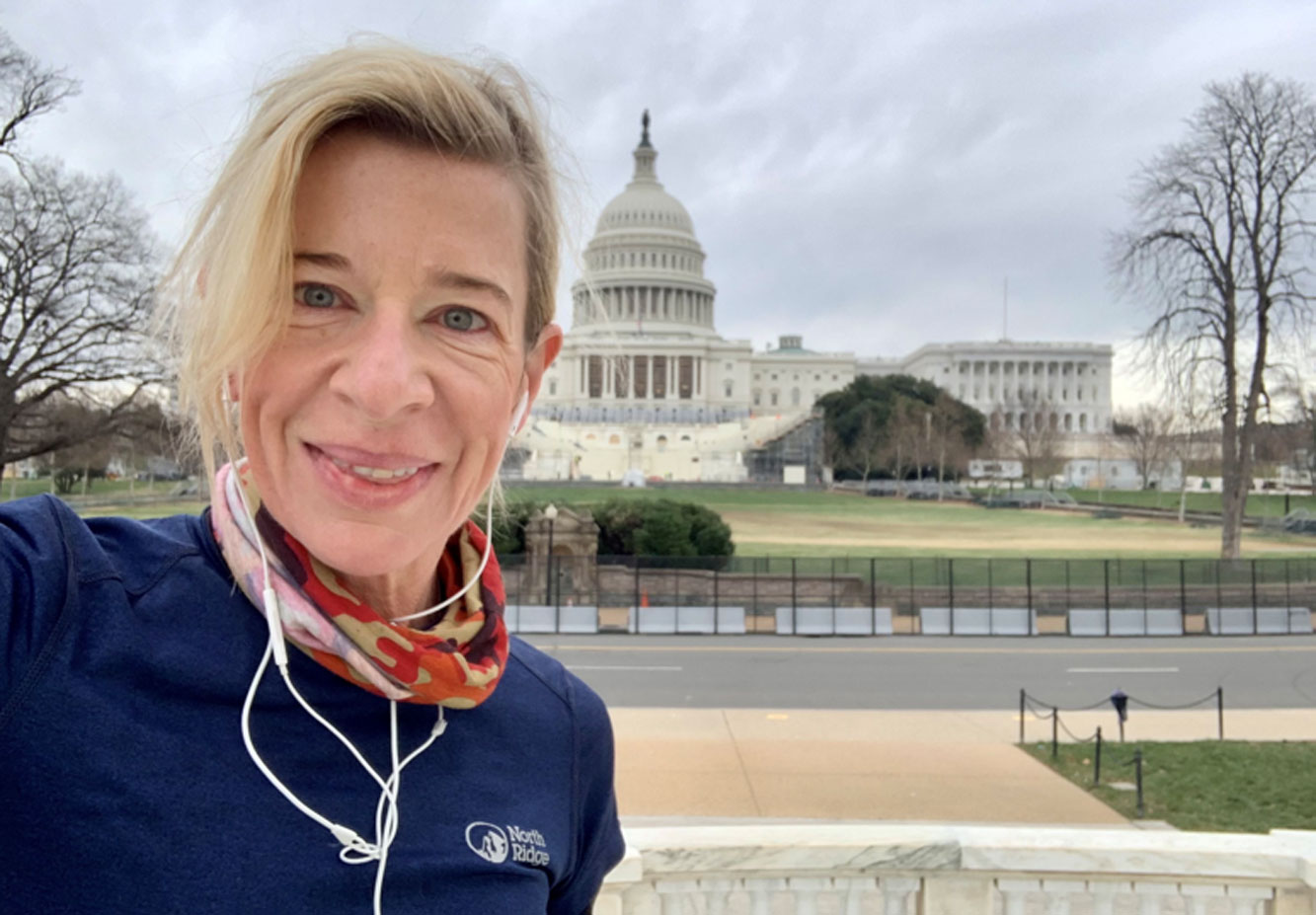 Whether MAGA voices are 500,000 strong on this Mall or just little old me, running along in my daft hat and ugly gloves, it feels futile trying to have our voices heard. Silicon Valley has crucified all meaningful conversation on social media and Parler, it appears, has been felled with one blow.

I text John Matze, Parler’s founder, to ask him how I can help. I fear the answer is there is nothing to be done.

We are 75 million, undoubtedly more. And yet at this moment it seems as if we are reduced to a whisper. Worse, we are let down by traitorous Republicans who are more interested in their own political future. Worse still, we are vilified as violent terrorists akin to ISIS – courtesy of a dubious ambush of the Capitol building.

Hearing CNN and others casually refer to my MAGA family as national terrorists and ISIS in the same breath makes my jaw clench. 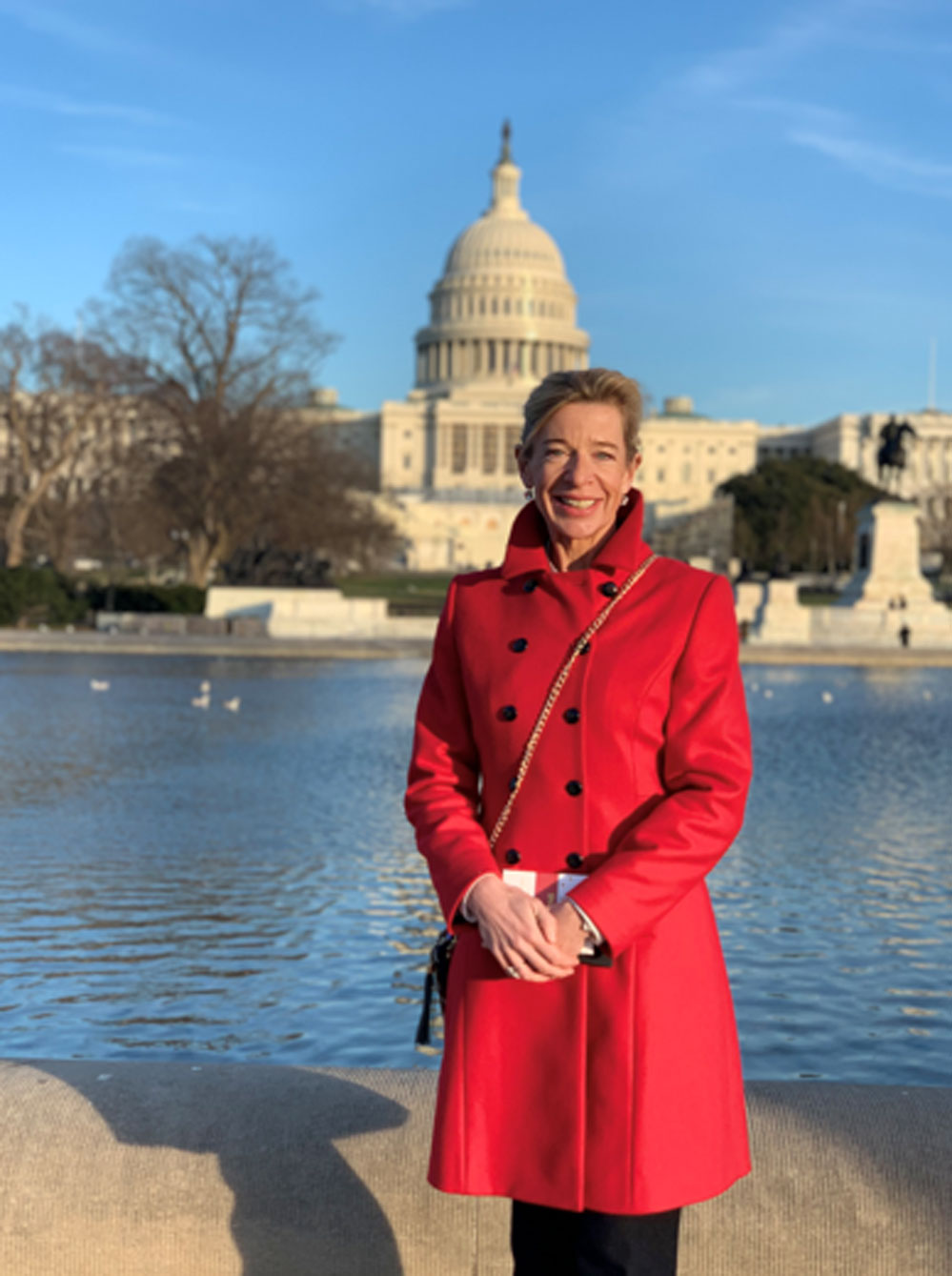 Even as endless contractors deliver flooring, power and fencing down the mall in preparation for the inauguration on 20 January, curiously, and against all the odds, I still carry a flicker of hope. Not because of theories spouted by ex-Intelligence Corp bloggers, or whispers of the Insurrection Act signed by Trump. Not because of rumors and nods on the patriot wires, or curious power outages or closure of airspace. But because I know MAGA. I know it personally. I lived and breathed it for three long months on the road across America, and feel it beating with all my heart.

The MAGA movement is built on great things: love, kindness and joy. It is not represented by a few bad actors engorged with adrenaline at the Capitol, or slippery politicians worried for their own careers.

MAGA is as ordinary as an In-and-Out Burger, as everyday as Walgreens, and as honest as hard work. And it is the very stuff of the ordinary American that makes it extraordinary, that makes it a movement not a moment in time. I still have hope. MAGA will prevail.