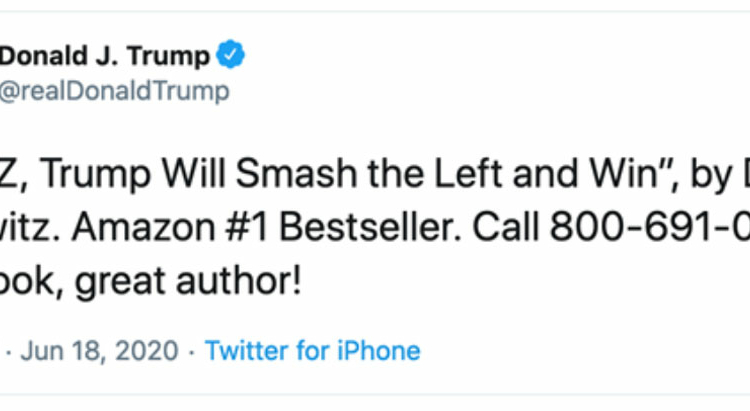 President Donald Trump is a fan of David Horowitz’s new book “BLITZ, Trump Will Smash the Left and Win.”

Horowitz’s “BLITZ” has been soaring on the bestseller since its release last week.

Once a radical leftist, Horowitz has become a leading conservative thinker and head of the David Horowitz Freedom Center.

In “BLITZ,” Horowitz predicts that Trump will not only win November’s election, but that the president will beat former Vice President Joe Biden by a landslide.

“BLITZ,” written before the George Floyd protests, also warned that Democrats are intent on stirring up a race war in an effort to stop Trump’s re-election. Horowitz noted that Trump’s strategy of winning over African-American voters had been working.

Limbaugh told his audience, “We love David Horowitz . . . a former New York liberal raised by communist parents” who “saw the light one day, and has become one of us.”

He added, “[Horowitz] says, Republicans are going to be singing ‘Happy Days Are Here Again’ once November comes and the election is over and the votes are counted.”