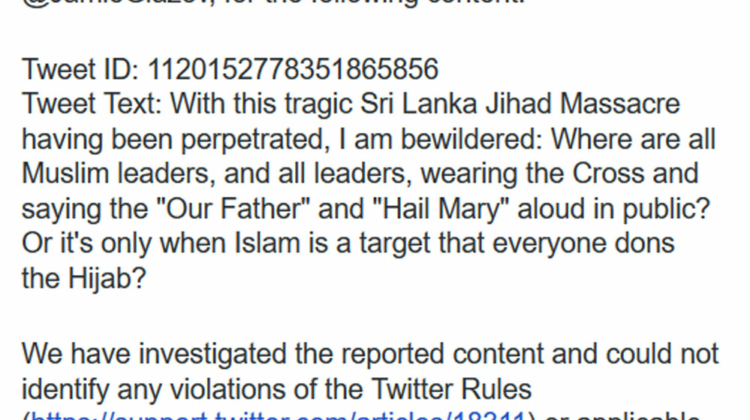 [Order Jamie Glazov’s new book: Jihadist Psychopath: How He Is Charming, Seducing, and Devouring Us.]

On Tuesday, April 23, Twitter notified Frontpage Editor Jamie Glazov that it had received a complaint about his tweet on April 21st about the world’s response to the Sri Lanka Jihad Massacre. Glazov wrote about his confusion about the discrepancy in the international community’s reaction to the Sri Lanka Jihad in comparison to how it had reacted to the shootings on mosques in Christchurch, New Zealand. He tweeted:

With this tragic Sri Lanka Jihad Massacre having been perpetrated, I am bewildered: Where are all Muslim leaders, and all leaders, wearing the Cross and saying the “Our Father” and “Hail Mary” aloud in public? Or it’s only when Islam is a target that everyone dons the Hijab? 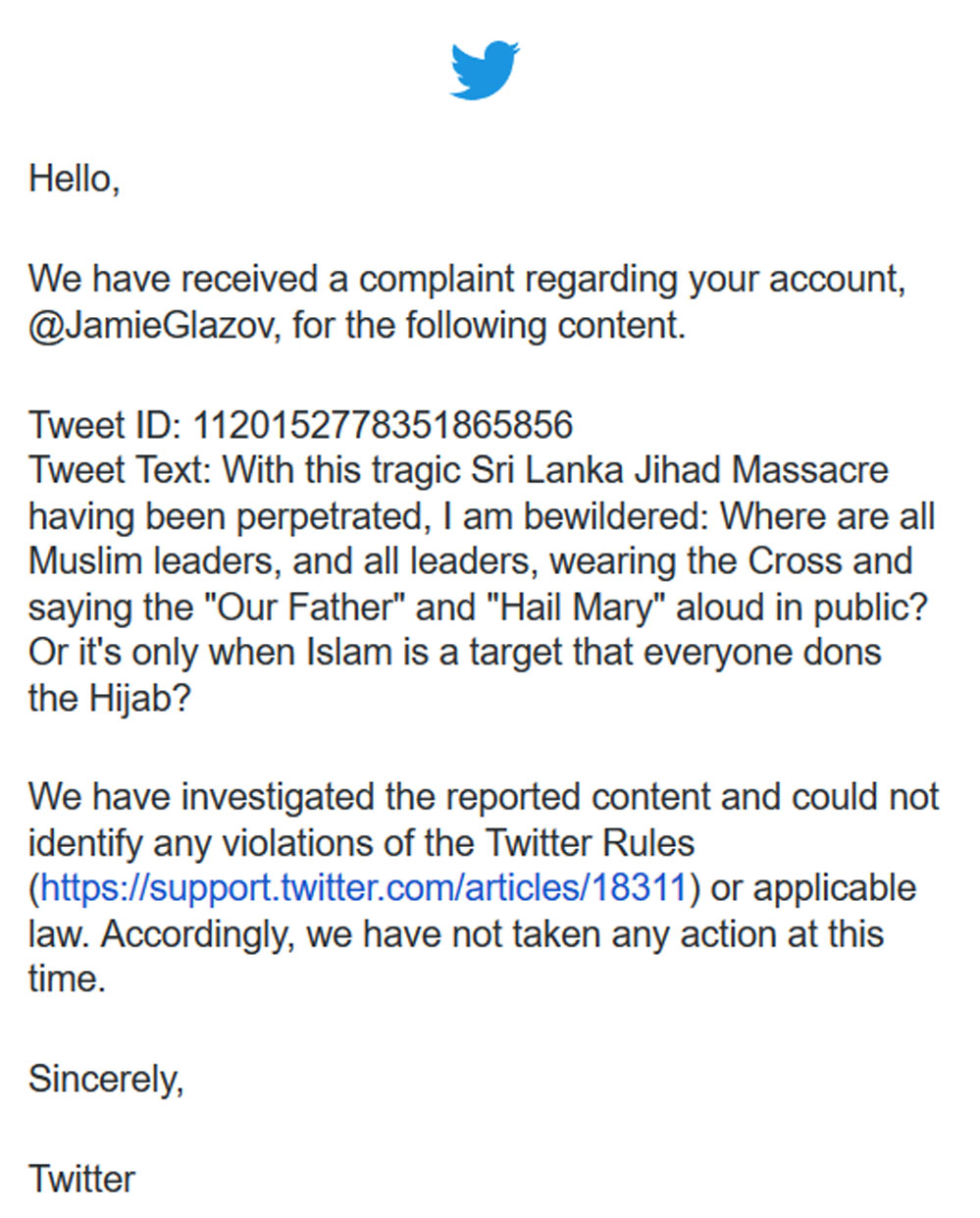 It is commendable that Twitter, this time, took the Frontpage Editor’s side — as opposed to an earlier occasion where it had suspended him for his apparent “violation” of “Twitter Rules” by his referencing of several Islamic religious texts. And in another bizarre and Kafkaesque episode, Twitter warned Glazov that his new book, Jihadist Psychopath, violated Pakistan’s Blasphemy Law. Why Twitter is faithfully doing Pakistan’s Sharia bidding remains an issue many are waiting for Twitter to explain.

In any case, in this new development, the question remains: What is the complaint against Glazov’s tweet based on exactly? Is there something wrong with pointing out that many leaders and members of the international community were donning the Hijab after the Christchurch mosque shootings? It is simply a fact that they were.

In his recent video, after all, Paul Joseph Watson has demonstrated the undeniable facts about the blatant double standards in the international community’s reaction to both attacks.

Once again, it is encouraging that, on this occasion, Twitter has not done Sharia’s bidding. But it is still extremely disturbing that Twitter is taking “complaints” of this tyrannical kind seriously — and that it is actually informing the “potential” thought offenders about them. And it is also extremely worrying that Twitter is still enforcing Islamic blasphemy laws.

Thank you all so much for your commitment to freedom and liberty!