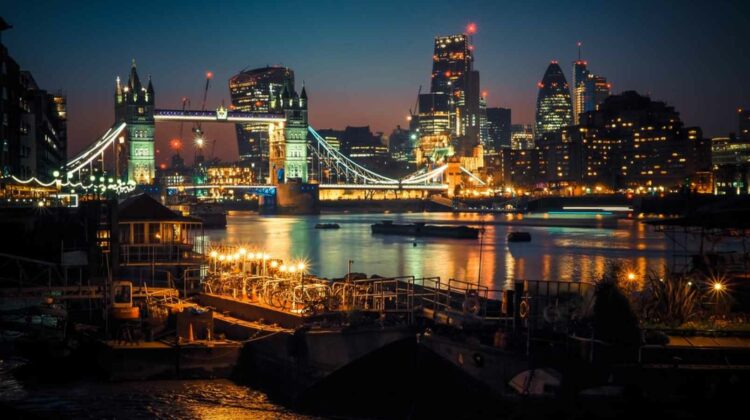 We are used to counting down to good things: Advent before Christmas, New Year’s Eve fireworks, a rocket blasting into space, anything that ends with the word “GO!”

Here across the pond, Brits are counting down to something altogether darker. On 7 Feb, the British government regulator (Ofgem) has to reset the energy price cap — an artificial limit on the amount energy companies can charge customers. And the new figure is terrifying.

Analysts warn that energy bills will probably rise more than 50 percent to £2,000 a year for millions of households. This could plunge millions more people into fuel poverty and contribute to a cost of living crisis. We are back to the dark days of choosing between heat or eat.

Alongside a punitive inflation rate trending upwards from 5.1%, the ordinary working classes of this country are feeling the pain, thinking hard about what they can afford to buy in a supermarket or if they can afford to turn on their heating.

The Resolution Foundation think-tank warned last week that families face a hit of £1,200 a year to their income from April as a result of the sharp rise in energy bills, as well as tax increases.

The reason for the impending cost of living crisis is two-fold.

The British government’s push for competition in the energy market, combined with a price cap, meant new entrants signed customers over to their account by offering fixed-price contracts and deals that were too good to be true.

Failing to hedge against these risks and selling cheaper than the purchase cost meant many new companies went to the wall in 2021.

Secondly, Boris Johnson’s determination to be a Green Leader has exposed Britain. Britain has cut energy emissions faster than any other wealthy country in the last two decades. This may allow the Blond Thunderwhomp to puff his chest at Climate Change summits, but it does not help Average Dave and his family on $40,000 a year who can no longer afford to shower.

Phasing out coal and investing in renewables sounds like a vegan’s dream. But when the wind does not blow (as it has not done for the last few months) and gas wholesale prices surge, our lack of energy resilience is sorely exposed.

As commentators and politicians start to scurry about looking for solutions (or at least, wanting to be seen to be looking for solutions), the unvarnished truth is that this crisis has been looming large on the horizon throughout 2021. Now, the countdown has begun beforehand; grenades are thrown into British people’s homes disguised as energy bills that bear no relation to the sorts of costs ordinary English people are expecting to pay.

It is gut-wrenching at so many levels, not only because we have watched Boris parading about like a peacock on Viagra at Climate Summits pleasuring his very woke wife. But because all the globalists’ good intentions are so far removed from the ordinary people I know and love. Men who get up at 6 a.m. to be at work by 8 a.m. and don’t get home until 8 p.m. just in time for the wife to leave for a night shift. These people deserve better than worrying about whether they can afford to warm their homes.

It is desperate to live above gas and coal supplies that could fuel this country for decades to come but to fail to exploit these to collect brownie points from the elite, even as China throws up ten new coal-fired power plants a week.

But mostly, I fear the dark hand of government control, restricting, curtailing, and penalising the “little people,” reducing our lives to the tiniest things they can be. I fear the government taking away certainty, comfort, and basic needs, boasting of British successes at reducing carbon emissions all the while.

The definition of success has gone very awry.

The solutions presented by the financial analysts and energy experts are predictably dull:

But all of these are more of the same. None of these leads us toward energy stability or increased independent supply.

I recall the great days of Trump pre-COVID when America was flying, the economy was booming, and your great country had achieved energy independence for the first time in decades. The significance of that last achievement was a little lost on me—until now. Now, I feel it. And it was a magnificent thing.

Britain is much diminished, and the lights are going out in every sense—literally and figuratively. Meanwhile, Average Dave and his family will be faced with unprecedented energy bills, and to add insult to injury, a 15% Green Tax on top of the cost to help fund more green nonsense that has inflicted this wound.

I tell all this not to be a doom-monger. God knows I love to lift people up. I tell this because I ask you not to become like us — people being forced into fuel poverty so that their leaders can claim they saved a polar bear.

England may be a Green leader. But it is a cold, dark country for those unable to afford to heat or light their homes.

Asians, who were the most discriminated against, will foot the bill

Audiences are staying away. Maybe it’s time he got the message.