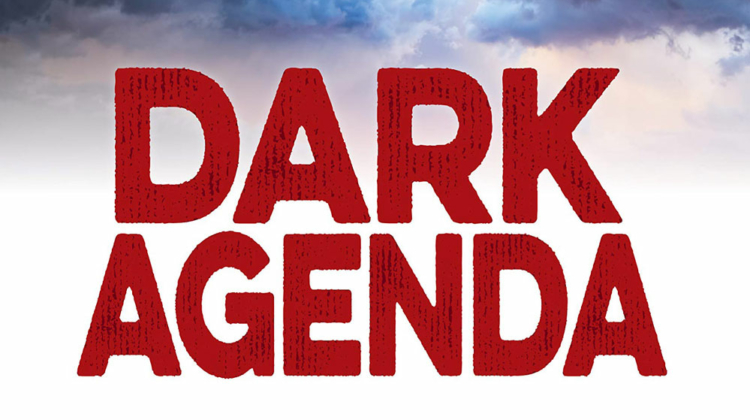 Today, the free exercise of religion has ceased to be a guaranteed right in America. Instead, it has become a battlefield. – David Horowitz

For years, Morris County in New Jersey had been giving historic churches money to make repairs under an historic preservation program. In 2015, the State Supreme Court ruled that taxpayer funds should not be used to repair places of worship. A challenge to this ruling recently went before the U.S. Supreme Court, which declined to hear the case, but Justice Brett Kavanaugh pointed out that “[b]arring religious organizations because they are religious from a general historic-preservation grants program is pure discrimination against religion.” This “would raise serious questions under this Court’s precedents and the Constitution’s fundamental guarantee of equality.”

This seems like a relatively minor, local issue but it is yet another instance of the fierce conflict referred to in Horowitz’s quote above. As the Freedom Center’s founder notes in his brand new book Dark Agenda: The War to Destroy Christian America, we are engaged in “a war against this nation and its founding principles: the equality of individuals and individual freedom. For these principles are indisputably Christian in origin. They are under siege because they are insurmountable obstacles to radicals’ totalitarian ambition to create a new world in their image.”

Those totalitarian radicals are today’s progressives. “Since its birth in the fires of the French Revolution,” Horowitz writes, “the political left has been at war with religion, and with the Christian religion in particular.” He knows this from personal experience. As a “red-diaper baby,” he learned early on that his parents and their leftist friends were true believers in a faith, but not one concerned with the fate of souls. The label “progressivism” masked their true religion, which was Communism, and their “cause was the salvation of mankind” – but “they thought of themselves as the redeemers, not God.”

As Horowitz demonstrates in his slim but compelling and disturbing new volume, the left’s ruthless antagonism toward Christianity stems from its own arrogant determination to shape the world according to atheist Karl Marx’s utopian vision of perfect equality and social justice (with Edenic environmental harmony thrown in for good measure). “Those who believe they are changing the world, or saving the planet, or transforming the human race,” Horowitz writes, “are intoxicated with self-aggrandizing pride.” Those afflicted with this arrogance, such as the so-called New Atheists like political comedian Bill Maher, condemn the violence and bigotry spread in the name of religion (especially Christianity; Islam is usually off-limits to condemnation partly because it shares an anti-Western animosity with the left, and partly because open criticism of Islam tends to get the critic targeted for death). But they “are blind to all the positive influences religion has had on human behavior, and they ignore all the atheist-inspired genocides of the last 250 years,” Horowitz writes. He rightly points out that the danger lies not in religion but in human nature; it is our flawed humanity that sometimes poisons religion, not the other way around.

The left, however, is loath to acknowledge this because human nature is messy and incompatible with their utopianism; thus it must be either ignored, denied, or forcefully molded to fit the glorious collectivist dream. Similarly, our nation’s Christian roots must be denied or cut off to pave the way for the realization of that dream. Horowitz explains, for example, that “America is the logical, if not inevitable, development of the Protestant Reformation,” which “led directly to the principle at the heart of the Declaration of Independence, that ‘all men are created equal’ and endowed with rights by their Creator – rights no government has the authority to deny.”

But the statist left demands this authority for itself, so it seized upon the Establishment Clause of the First Amendment to undermine American religious traditions, and found a willing instrument in an activist Supreme Court: “In one despotic decision after another, the Supreme Court inflated the Establishment Clause while letting all the air out of the Free Exercise protection. Again and again, the High Court jammed its radical redefinition of the First Amendment down the throat of an unwilling, unready society.”

“Once the left had built a wall of separation between church and state,” Horowitz continues, “it had to change history and make the past conform to the present.” Thus, for example, schools and textbooks began to reflect a de-emphasis on our Christian roots, such as referring to the early Pilgrims as merely “settlers” or “European colonizers.”

Horowitz identifies the weaponized Supreme Court as the principal villain in this drama:

In case after case – religious expression in schools, contraception, abortion – the Supreme Court handed down a string of earthshaking decisions founded on the flimsiest and even bogus constitutional reasoning. The unintended consequence of these decisions was to place the Supreme Court on the front lines of an epic culture war. It was not merely a war between left and right, but between secularism and religion, especially the Christian religion. The secular left had discovered an all-powerful instrument – the Supreme Court – with which it could impose its radical, anti-Christian agenda on an unwilling nation.

The cast of characters in Dark Agenda includes the rabidly anti-Christian activist Madelyn Murry (later O’Hair), who filed a lawsuit against school prayer which Horowitz calls “the Fort Sumter of the war over religious liberty.” Murray shrewdly found an ally in the Supreme Court, and the rest is history: “A circus put on by a calculating, truth-challenged anti-American crackpot, egged on by ACLU radicals, provided an opportunity for eight lifetime political appointees, elected by no one and accountable to no one, to reinterpret the Constitution, overturn nearly two centuries of precedent and tradition, and change the life of a nation.”

Horowitz also tells the tale of eugenicist Margaret Sanger, a feminist icon who declared in her manifesto Woman and the New Race that women could be liberated from what feminists perceived to be the bonds of motherhood by means of “reproductive freedom,” and may, “by controlling birth, lift motherhood to the plane of a voluntary, intelligent function, and remake the world.” [Emphasis added] Sanger strove to implement her aims by promoting the previously socially unacceptable tools of contraception and abortion.

Horowitz describes how, in order to get the Supreme Court to legalize abortion, feminists sought a sacrificial lamb, a woman whose case would be compelling enough to assure legal victory. That lamb was Norma McCorvey, manipulated into serving as the “Jane Roe” of the immeasurably damaging Roe v. Wade decision (McCorvey never actually had an abortion and became an anti-abortion advocate).

The cast also includes Horowitz’s friend Christopher Hitchens, the New Atheist author of God is Not Great; constitutionalist Supreme Court nominee Robert Bork, infamously demonized by Ted Kennedy and the anti-Christian left; Jack Phillips, the Colorado baker the left tried to destroy because he refused to compromise his Christian beliefs by baking a wedding cake for a gay couple; and of course, former president Barack Obama, whom one faith-based website declared “America’s Most Biblically Hostile U.S. President.”

Today, after eight years of Obama’s relentless castigation of Christian institutions and individuals as bigoted (Horowitz even provides a timeline of hostile acts toward people of Biblical faith during Obama’s tenure), President Donald Trump has been embraced by the religious right despite Trump’s problematic personal character because, as Tony Perkins of the Family Research Council put it, “My support for Trump has never been based upon shared values; it is based on shared concerns.” Predictably, in its obsessive hatred for Christianity and for the upstart political outsider who “stole” the White House from progressive icon (and Saul Alinsky protégé) Hillary Clinton, the left set out to delegitimize Trump by claiming the religious right’s backing is grounded in racism.

This critical front of the culture war that has riven our country still rages. David Horowitz’s Dark Agenda is a must-read for every citizen who wants to understand, and to fight back against, the radically secular drift of our country and the assault on America’s core values, traditions, and freedoms.

Mark Tapson is the Shillman Fellow on Popular Culture at the David Horowitz Freedom Center.