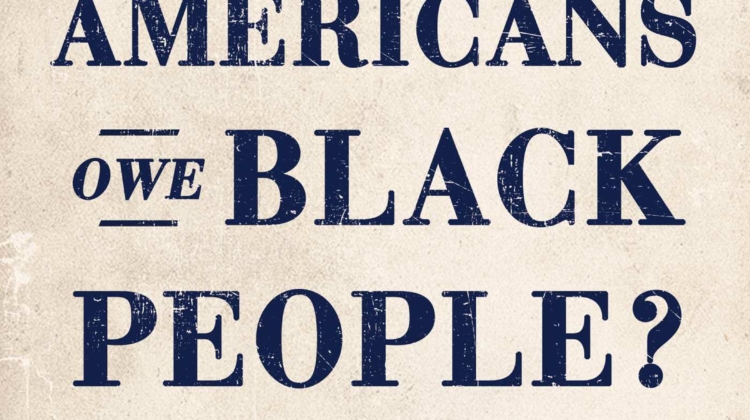 Books on America’s racial divide – primarily from the woke, purportedly “anti-racist” left – are all the rage today, making bestselling millionaires out of race hustlers like Ibram X. Kendi and Robin DiAngelo. Generally speaking, they promote the false narrative that America’s very founding is grounded in slavery, not liberty; that Americans are racist in our very DNA, as Barack Obama once put it; and that we are still in thrall today to an irredeemably systemic racism.

Philosopher, author, and DePaul University professor Jason D. Hill, a Shillman Fellow at the David Horowitz Freedom Center and one of the boldest, most original thinkers on race, has written a powerful new counter-narrative titled, What Do White Americans Owe Black People?: Racial Justice in the Age of Post-Oppression. Hill, himself of mixed-race, Jamaican descent, laments that too many blacks today are being sold an identity rooted in “resignation, nihilism, Afro-pessimism, entitlement, separatism, victimology, misanthropy, and hatred of the United States.” His book urges them to practice “radical forgiveness” and “radical individualism,” and to embrace the freedom of a “transracial future.” It is a controversial message that offers black Americans an opportunity which threatens the victim narrative of divisive exploiters like Kendi and DiAngelo.

I posed some questions to the author about his book, What Do White Americans Owe Black People?

Mark Tapson:           Dr. Hill, congratulations on a brilliant, provocative book. So many questions, so little time and space. Let me begin with a question about a subtle but significant point: Associated Press guidelines now call for capitalizing the word “black” – but not “white” – when used in a racial, ethnic, or cultural sense, purportedly to honor blacks’ shared experience and sense of identity. That capitalization swiftly become widespread practice. I noticed you didn’t use that in your book. I assume that was a conscious choice on your part?

Jason D. Hill:           Thanks for the kind words, Mark. They mean much to me. Yes: I’m orthodox when it comes to the mechanics of language. I won’t make an exception in the case of capitalizing the word “black” for the sake of sheer political expediency. Semantic exactitude trumps identity politics in this case.

MT:     You begin by asserting that, while slavery was of course an “egregious evil,” culpability for it is complex and that the argument for reparations to the descendants of slaves is “morally incoherent.” Can you elaborate on that?

JH:      Let me deal with culpability as far as Sub-Saharan Africans did facilitate the slave trade. Ninety percent of those shipped to the New World were enslaved by Africans. The tragic truth is that without the complex business collusions among African elites and European and Arab traders, the slave trade to the New World would have been impossible. Africans sold themselves into slavery.

They also lacked the technological and political means to protect themselves against European explorers. Their primitive, animist philosophy rendered them indistinguishable from brute nature; they were unable to abstract themselves from nature and therefore unable to enter the historical process. They lacked a Manifest Destiny. Europe had one: to conquer and rule more than a third of the entire globe. With their animistic world view, and their inability to see nature as a phenomenon which one othered, harnessed and exploited to suit one’s needs—the Africans were as helpless as the animals they left behind, and ripe for the taking.

How do we parse through the culpability claims? That’s problematic. Also, how do we really determine which of the disparities between the races are due to the residual effects of slavery, and if they are, then why should whites today, who had nothing to do with the construction of slavery, pay reparations to blacks? A morally coherent case for reparations would show how, despite the 1964 Civil Rights Act, that there are discriminatory cases that do not belong in courts of law but, rather, in the form of reparative claims. 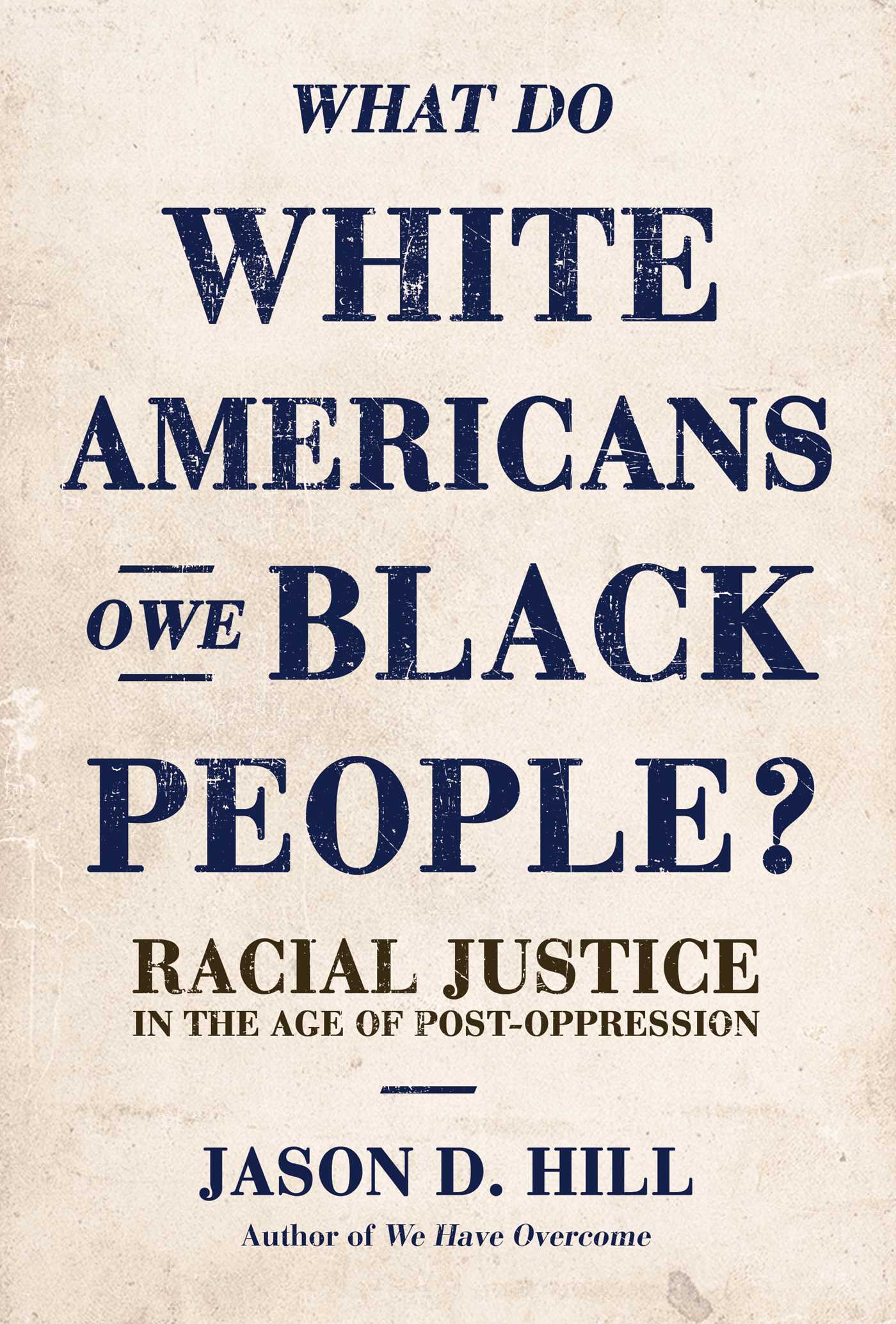 MT:     Who are the “new racial narcissists” and what do they really mean by calling for the “abolition of whiteness”?

The “abolition of whiteness” is a non-concept. Whiteness as a concept has not been properly given a definitional status. It really is a euphemistic code-word for the total and complete annihilation of white people in America. You know I call it as it is. That’s it. In these folks’ eyes, black freedom is dependent on white annihilation. One can make the process sound less ominous by talk of abolishing the “whiteness inside oneself.” These racial narcissists, however, are racial essentialists. They believe race is constitutive of your entire identity. For whites to abolish their “whiteness” comes the understanding that they will self-annihilate. This can be done by criminalizing whiteness as a toxic property that automatically “others” strangers and makes the Other into an existential problem that cannot be solved. A lot of progressive whites believe this malarkey about themselves and, out of some perverse masochistic guilt, are complicit in the calls for their own annihilation.

MT:     You dive into the history of the Founding Fathers and their conflicted position on slavery. How would you respond to the argument of today’s left, crystallized in the discredited but influential 1619 Project, that America’s founding was grounded not in freedom but in slavery and that racism is in our nation’s very DNA, as Barack Obama put it?

JH:      The founding of our republic was ethically contradictory and messy. America was forged in the crucibles of freedom and institutional oppression. At its inception it did not apply the inalienability clause that all men are created equal by their Creator to blacks who were slaves. Yet, as I show in detail in my book, there were two concurrent societies playing against each other since the inception of the country: those who fought for the freedom and rights of blacks, and those who assumed a different perspective. The very fact that men were free to create the republic with other men possessing the freedom to question its full moral legitimacy given the existence of slavery is an exercise of radical freedom itself.

Several of the founders owned slaves. Many like Jefferson, as I describe in the book, felt deep moral shame over their investiture in an institution they felt politically at odds with. Their judgment that their slaves, if freed, would face greater danger in a society not ready to accept them as equals, than they would in slavery, is food for moral analysis. Such appraisals by the founders are to be taken seriously. We may do this while still regarding slavery as intrinsically wrong.

I do not believe racism is necessarily in our DNA. If it were, Obama himself would never have achieved the Presidency, and the moral progress we’ve made in racial terms—unprecedented against the backdrop of history—would never have taken place. Americans have free will, and they have the capacity for deep moral reflection. In allowing blacks to be part of the domain of the ethical and full-fledged members of human community, we have seen that human beings do evolve and do make moral progress.

MT:     Can you briefly explain what you call “the radical third founding of America”?

JH:      The 1964 Civil Rights Act was the third great founding of this country. Lincoln’s Gettysburg address and the Civil War I identify as the second founding. In both cases, the United States is in a process of trying to bring to a full circle the conviction evinced in the Declaration of Independence: cement the moral meaning of America by recognizing the inalienability of rights possessed by all human beings; and the idea that freedom and liberty are the natural and necessary conditions for human beings to matriculate within.

The 1964 Civil Rights ended legal oppression for blacks in this country. It illegalized racism, and it recognized blacks as persons fully equal before the law. It put an end to the creation of laws that penalized persons based solely on racial identity. It officially ended any form of official White Supremacy that lingered in the republic, and it functioned as a moral eugenics program in that it attempted to re-socialize the sensibilities of whites. It attempted to make non-racists out of whites by telling them how they could use and dispose of their private property. They could not use it as a site for racial discrimination. Private property became more contextualized. Your property was not just an extension of your living room.

This constituted a new founding of America: bringing blacks fully into the historical process by ushering in a post-oppressive age. A new era had emerged—no one was, in the United States, outside the domain of the human community.

MT:     You state that “blacks have internalized an identity that was created for them,” and that it is time for them “to kill that racial ascriptive identity.” This would be considered blasphemy in today’s hyper-racialized culture, in which the left pressures minorities to embrace an identity of racial victimhood. What does it mean to be an “heroic race traitor”?

JH:      To be a “heroic race traitor” is perhaps not for everyone. It is for those for whom racial identity is a mere geographic marker—and just that. One feels an affinity for one’s compatriot, and one feels a sense of belonging and custodianship of the earth in general. But really, I meant that “blackness” today is so suffused with crippled agency, victimization, helplessness, nihilism, irrationality, and sentimental tribalism—that it is better for heroic blacks to be traitors to all that psychological junk which will turn them into ignoble social ballast. I don’t care how offensive this sounds. For once in their lives black people don’t need “blackness” around their shoulders or around their necks. They’ve been burdened by it for centuries. Time to throw it off and just wear what’s vital for a flourishing and rational person to exist: freedom, individualism, self-ownership, love, and forgiveness.