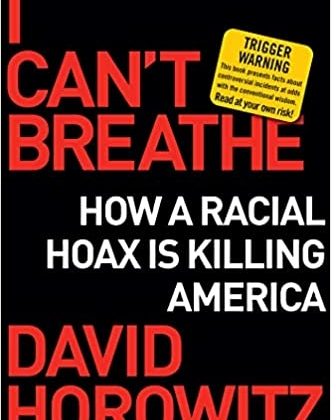 Since I was a child and marched in my first political demonstration on behalf of civil rights, a central concern of my life has been the equality of all people. As a Jew I was aware of the painful effects of prejudice, and as the child of communists I was involved in the Left’s efforts to denigrate the United States and weaken it for its enemies by exploiting the injustices to black Americans. As an adult, I came to learn that the Left didn’t care about actual black people or their welfare. It was only interested in using them as battering ram against their country.

When I became a conservative 40 years ago, it was because I had come to see that America was created by its founders to realize the vision of a society that was free and equal. Martin Luther King’s vision of an America where his children would be judged on their merits and not because of their skin color was actually the American Dream. Unlike today’s leftists, Martin Luther King was an American patriot. 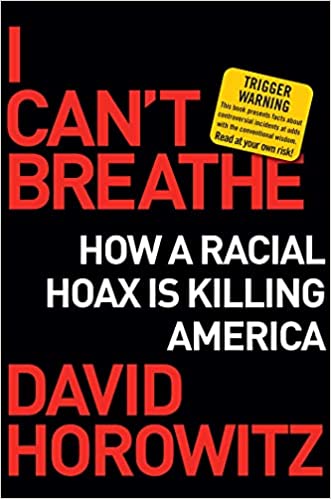 Today Martin Luther King’s dream has been realized. Systemic racism was outlawed almost 60 years ago by the Civil Rights Act of 1964. There has never been so diverse and equal a society as America. It has elected a black American to its highest office twice. There is no other country in the world that has elected the member of a previously oppressed minority as its president.

Today the Left attacks Martin Luther King’s dream as “racist.” Today the Left has adopted the racial views of the Ku Klux Klan as its own. White people are the enemy because of their skin color. Racist leftists hate the idea of a color-blind society because then white people could not be seen as the devil incarnate. Their intersectional hierarchy of races and genders would collapse.

The Marxist vigilantes of Black Lives Matter are the driving force of today’s Left. As my book “I Can’t Breathe” shows, not only are they criminals and racists, but they are a lynch mob who will say anything to make black criminals seem innocent and innocent cops “murderers. The scourge of racism is now greater than it has been in half a century. Although white Americans have been the targets of this racism, black Americans have been once again its victims. The attacks on officers of the law have led to dramatic surges in homicides of blacks.

My mission in writing “I Can’t Breathe” was to expose the racial hoax that is spawning criminal insurrections and attacks on police and ordinary citizens. By examining the twenty-six most prominent claims of Black Lives Matter, that police “murdered” innocent blacks, I am able to show that the most notorious cases of police “racism” and “murder” are lies with no basis in reality.

The unchallenged myths about racist murders by police have brought mayhem and crime to our cities, where the victims are predominantly black. They are also calculated slanders against the United States by pro-Castro communists.

The Black Lives Matter communists have been formally endorsed by the Democrat Party and are a main influence on the Biden administration and particularly its vile claims that “Systemic Racism touches every aspect of American society,” and white supremacy describes America’s character and history.

Most Americans, black and white, know in their hearts that this portrayal of their country is a monstrous lie.  “I Can’t Breathe” was written so that the vast majority of Americans have the facts to know that they are right. It was written as a weapon in a war to save our country from destruction by the totalitarian forces of the political Left.

David Horowitz is founder of the David Horowitz Freedom Center and the bestselling author of several books, including Radical Son, The Black Book Of The American Left, Dark Agenda: The War To Destroy Christian America, and I Can’t Breathe: How A Racial Hoax Is Killing America.

Most lower-income Americans say their financial situation has deteriorated