C’mon man, y’all can do better.
An interview with Shillman Fellow Raymond Ibrahim.
Lex Fridman challenges Kanye West – and gets unexpected answers.
Dems have the time to investigate Jan. 6, but where is their hunt for the murderers of Americans?
Frontpage editor sheds a disturbing light on China’s police stations in Canada.
What the real Civil Rights movement intended = and how the Democrats have promoted the exact opposite.
Candace explains why she supports Kanye – and his “White Lives Matter” t-shirts.
How much longer will this go on?
Have you created a fantasy avatar of yourself on social media? 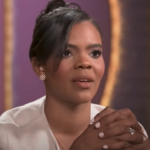 America’s problem with overindulgence.
A powerful movement, uniting Americans to leave the divisive – and destructive – Left.
Lies exposed about cops killing blacks.
Or is it personal choices?
Frontpage editor exposes Trudeau’s ambition toward “China’s basic dictatorship.”
Timothy Thibault heads for the exit. With an escort.
Collusion at the highest levels.
[Show your support for Mike Lindell and The Glazov Gang by using this link for MyPillow and save up to 65% on all your purchases!] Follow us on our
Robert J. Shillman, aka “Doctor Bob,” has been a supporter of The David Horowitz Freedom Center for many years. He has recently started a podcast, Life
In this gripping new video, Babylon Bee CEO, Seth Dillion, engages in a conversation with Joe Rogan on the preciousness of human life – no matter how a human
Israel’s journey from liability to force-multiplier for the United States.
New texts reveal more DAMNING info on Hunter.
Now he’s “done talking.”
A truth-teller reveals what the FBI raid of Trump’s home is really about.
Freedom Center founder exposes the Gestapo tactics of a leftist fascist regime.
« Previous Page
Next Page »