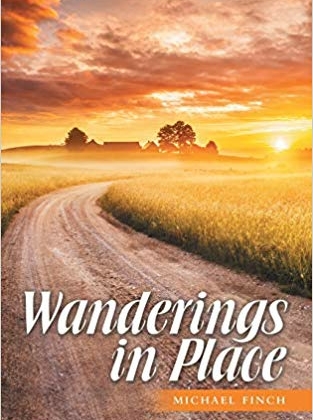 [To order a copy of Mike Finch’s Wanderings in Place, CLICK HERE.]

In his new second book of poems, Wanderings in Place, Freedom Center president Mike Finch takes on a meditative and often heart-wrenching journey that details loss and a piercing existential longing — comprised of memories of human love, love of God, confession, metaphysical contemplation of nature, and the never ending search for meaning in God’s eternal glory and grace.

In “Felled into Dream,” we may never know why, but even God’s hand has silently withdrawn from the world, leaving the poet bereft and aching. Why has God withdrawn his hand from the world? Earlier in “Transgressions,” Finch may have given us a hint. He writes:

You pardoned and forgave my transgressions,/and allowed my wanderlust,/even at your own grief and loneliness.

These simple but powerfully elegiac lines give us access to the consciousness of God like no other poetry dares to. The poet is not just speaking for himself. He is the deputized stand-in for all humanity. The world does hurt God. We hurt him by sullying him with our transgressions, by be-spoiling the image in which he made us through our deliberate offenses which we know will hurt him. Is it any surprise then that he could withdraw; that we might spend a lifetime trying to re-connect with him? 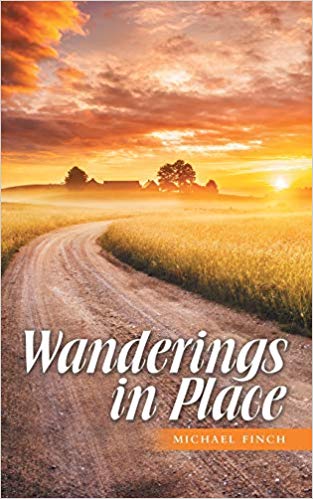 Finch writes cinematically and lucidly and, at times, elliptically. The mark of a superlative work of art is that it allows us to transpose ourselves via fantasy and imagination into its realms. We can ensconce ourselves into the layered subtext of its nuanced varied possible meanings because its open-endedness is an opportunity for us to find ourselves in it. “The Winter of Our lives” is such a poem. Beautiful and luxurious, it navigates the registers of loss, transcendence, loneliness, loss of bliss, and the comfort of nature (an omnipresent force in all of Finch’s poems).  The poem ends with the announcement that winter takes hold; a frozen axe penetrating the human soul that, paradoxically, is not a fatalistic denouement but, on a closer reading of the remainder of the poems in the collection, a result of our fallen condition.

This is also a book of redemption and hope and nostalgia. One has to wait a while to get there, though. The second poem, “The Last of the West,” has a hint of apocalypticism to it. Finch’s ending is frighteningly apocryphal: He writes:

The beast rose from the East, and we/bowed to pray to the return from whence it come./As the sun fades forever, gone from the glorious West of Christendom gone.

All is never lost in this collection of poems. Grace and redemption and hope are manifestly present in God’s art which we approximate by hearing the songs of birds, smelling a sweet scent,  and through our representational depictions: a colored sky, looming hills, valleys and rivers and butterflies.

In “A Summer Afternoon”, these themes are reiterated. The simple bliss of symbiotic love is pressed upon us—boundaries between self and Other blur, and pure consciousness recalls a receding world of delicious smells that is combined singularly and inseparably between two souls. All is never lost.

Our messy history recalled in “Statues Fall,” reads like an ethics of remembering; a call to never erase from our historical consciousness those whom today are demonized as complicit with an evil past: Washington and Jefferson. They are heroes, icons of valor and glory, courage and bravery; partners in the Founding of an unprecedented nation.

Nostalgia for the sacred and the reverent is a pervading theme that permeates Finch’s lush book of poems. The nostalgia itself is not mere aesthetic indulgence, but the pronouncement of a value judgment: here was the best that resided among us. And here is what we have renounced.

In that sense, Wanderings in Place speaks to an aspirational identity that all of us harbor. It beckons to the seeker in all of us who yearn to become more than we are; to satiate the soul-longing that is both a metaphysical affliction and a gift. It is a gift because I believe in Finch’s religious and aesthetic vision this endless striving and seeking and longing all have a restive place, a place called Home. How we get there and how we stay there is found in a plea and a discovery in “A Letter To God.” To reveal the arc of the journey Finch so eloquently navigates would be to rob you of your own personal quest. It would, in the end, deprive you of finding Finch’s and, ultimately, our Home.

Jason D. Hill is professor of philosophy at DePaul University in Chicago, and a Shillman Journalism Fellow at the David Horowitz Freedom Center. His areas of specialization include ethics, social and political philosophy, American foreign policy and American politics. He is the author of several books, including We Have Overcome: An Immigrant’s Letter to the American People (Bombardier Books/Post Hill Press). Follow him on Twitter @JasonDhill6.