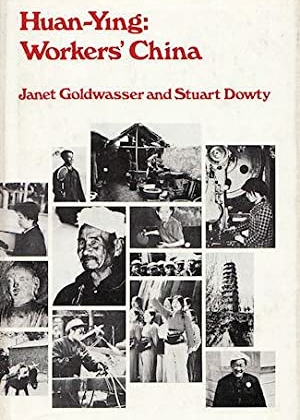 “China is going to eat our lunch? Come on, man. I mean, you know, they’re not bad folks, folks. But guess what? They’re not competition for us.” Long before Joe Biden’s 2019 proclamation, American leftists engaged in a competition for best defender of genocidal Communist dictators.

“One must not make a god of Stalin, he was too valuable for that” wrote Anna Louise Strong in her 1935 I Change Worlds. Stalin was then busy collectivizing agriculture, and the independent farmers known as kulaks stood in the way. Stalin decreed it was time to abolish the kulaks “as a class,” and his planned famine, covered up by Walter Duranty of the New York Times, claimed more than a million lives.

“Stalin had merely authorized what farmhands were already instinctively doing,” wrote Strong, who later moved on to Communist China and defended Mao Zedong. After a life “extolling the virtues of Communism,” as the New York Times reported, Strong died in Beijing on March 30, 1970.  Two years later, when Mao’s Cultural Revolution was still going on, American socialists Janet Goldwasser and husband Stuart Dowty took a trip to China.

The result was Huan-Ying: Journey Through Workers’ China, published in 1975. “We wrote it to combat misinformation,” Goldwasser explained in 2019, “China had a different way of setting priorities in terms of healthcare and working conditions, so we intended to get information to readers who weren’t able to visit themselves.” Stuart Dowty showed up in China: People-Questions, published by the National Council of Churches (NCC) in 1975, while the Great Helmsman was still in power.

”While Liberation turned the whole society towards socialism, the Cultural Revolution deepened and continued that process. Mutant social growths were identified and unceremoniously uprooted. And, the Chinese conclude, there will be more cultural revolutions in the future as their society moves along a socialist direction,” wrote Dowty, identified as an automobile worker who visited China in 1972.

“Layoffs and unemployment were no problem,” Dowty wrote, “because China’s planned economy could handle such changes rationally.” The American referred to Mao’s writings, cited various happy workers, and concluded: “There is no doubt that socialist motivations, as opposed to individualist perspectives, have produced an impressive record of social and economic growth during the past two decades.” In the meantime, those “mutant social growths” had been unceremoniously uprooted. In the style of Anna Louise Strong, they had been eliminated as a class, murdered by the millions.

The editor of  China: People-Questions was Michael Chinoy, who explained that “China’s Communist revolution has propelled a backward, poverty- stricken, virtually medieval society into the modern world,” adding that “a violent revolution and bitter civil war were necessary to sweep away the decay, exploitation, and backwardness of old China.” And with the Communist victory, “the revolutionary process did not stop. Indeed, it was accelerated,” wrote Chinoy, who went on to become a China correspondent with CNN. The task of chronicling the violent, ongoing revolution fell to others.

“What Mao did was unleash mass movements against his rivals and the ‘bad classes; of society.” Daniel Southerland wrote in “Uncounted Millions: Mass Death in Mao’s China” in the July 17, 1994, Washington Post. “He did in fact target segments of society for repression, which sometimes led to public humiliation of the victims and death by torture, unchecked by any legal constraints.” Under Mao, Communist officials created “quotas of victims to be targeted during different campaigns.” Therefore, “the two people most associated with mass deaths in this bloodiest of human centuries – Adolf Hitler and Joseph Stalin – were likely surpassed by a third, China’s Mao Zedong.”

As the titles on this site confirm, the facts about mass murder in China were known in great detail. Even so, American politicians demanded no reckoning, and no democratic reforms, before bringing this genocidal regime into the World Trade Association and granting access to U.S. markets. This was supposed to liberalize the regime, which only became more militant and expansionist, especially after vice president Joe Biden took over China policy in 2012.

Stuart Dowty [pictured below] is now listed as an attorney in Ypsilanti, Michigan, and chairman of the Washtenaw County Democratic Party. In 2019, Ypsilanti teacher Janet Goldwasser [pictured above] proudly displayed Huan-Ying: Journey Through Workers China, as the most memorable thing she had ever written. The book is still available on Amazon, but no second thoughts on the “misinformation” she and her husband had set out to “combat.” 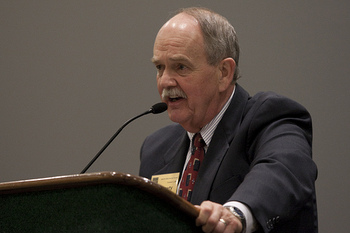 In 2019 Joe Biden proclaimed that the Chinese Communists were “not bad folks,” and the Delaware Democrat has never showed any knowledge of the mass atrocities scholars have chronicled. Maybe Joe Biden once knew but simply forgot, as he sometimes forgets his own location, and can’t remember the name of 2012 presidential candidate “who was a Mormon.”

With such an addled China-compliant politician in charge, Americans might wonder if entire “classes” of people such as deplorables, Christians, and elderly people of pallor might be targeted for violence. For leftist Democrats, these are the equivalent of those mutant social growths that need to be uprooted if society is to progress in a socialist direction.

Calls are already ringing out for the “cleansing” of Trump voters, so if anybody thought it could indeed happen here it would be hard to blame them.