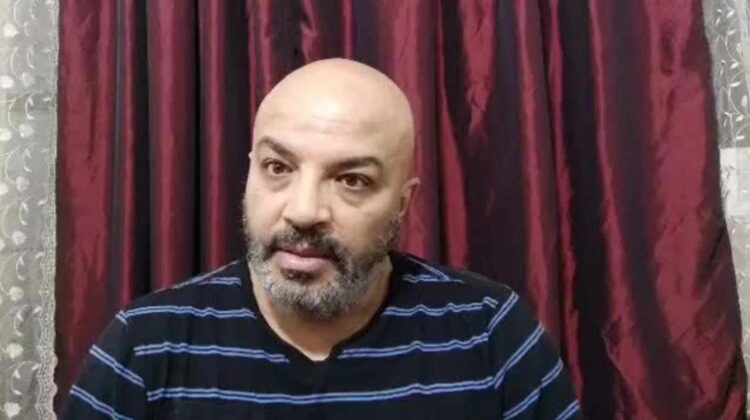 In a video recently made and uploaded onto YouTube, Bahgat Saber, a Manhattan-based Muslim Brotherhood activist who enjoys life and liberty in the USA, exhibited two aspects that are common to his ilk: extreme vulgarity and warped logic.

Regarding the first point, he spent much of his time attacking Fr. Zakaria Botros (first introduced to the English-language world in this 2008 NRO article of mine).  A Coptic Christian priest from Egypt, now in his mid-eighties, Fr. Zakaria has for over two decades been appearing on satellite television, examining and exposing Islam’s many problematic doctrines—for example, sex slavery—often in comparison to the doctrines of Christianity. Although some of his episodes appear under provocative titles—such as “Was Muhammad a Messenger from God or Satan?” or “On the Perverse Sexual Habits of Muhammad”—his mission,  as he has repeatedly stated, “is to attack Islam, not to attack Muslims but to save them because they are deceived. As I love Muslims, I hate Islam.”

His approach, as might be imagined, has been received in diametrically opposed ways: some Muslims, who left Islam, love and credit him with leading them to Christ; others—arguably the majority—despise him and call for his death (radical outfits including al-Qaeda issued fatwas calling for his murder, with hefty rewards).

New York’s Bahgat Saber (pictured above) is of the latter variety.  In his video, he launched a number of vulgarities against the Coptic priest (and apparently Christians in general).  An excerpt follows. (Note: translating idiomatic Arabic obscenities to English is no easy task, hence why the following, largely literal translation may read awkwardly.)

What does one make of Saber’s avalanche of perverse profanities—this NY Muslim Brotherhood activist who otherwise presents himself as an upright Muslim?  Simple: as with widespread Muslim prayers of hate, vulgar language against “infidels” is not only permitted by Islam but encouraged.  That is, at least, what a number of Muslim clerics have said, as I documented in this 2013 article, “Islam’s Outrageous Obscenities.”

Thus, when Sheikh Abu Islam was criticized for using obscene language to criticize Egyptian comedian Bassem Youssef, he responded to his critics by saying: “Shame on you Muslims; learn your religion well.  The Koran itself curses them, curses the likes of Bassem Youssef, those before him and after him.”  He went on to give examples, quoting Koran verses that refer to infidels as “dogs,” “donkeys,” and “cattle.”  “Are these curses or not?” asked the cleric. “Well, it’s your lord who curses, who insults…. Cursing and insulting is from Allah almighty, praise and glory to him.”

Abu Islam proceeded to quote Muhammad’s words, as recorded in a hadith, for support:

Now hear the words that the prophet counsels me to use against people like you [Bassem Youssef].  He tells me to tell you “Bite your father’s penis, and do not whitewash.” In other words, I’m supposed to tell you to go bite your father’s male member, but I’m supposed to use the real word [“penis”] without whitewashing.  The prophet orders me to mention your father’s male member, but without whitewashing [instead of saying “male member” he should say “penis”].  You see how well-mannered I am—I cannot even bring myself to use the words the prophet commanded me to use on you.  I just can’t do it!

In short, Saber’s obscenities directed at Fr. Zakaria are rather standard and have a long track record within Islamic tradition.

Now consider this in conjunction with the second telling aspect of Saber’s recorded diatribe, which he continued by saying,

There’s another son of a f*cked whore named Magdi Khalil who lives here in America, but [unlike Fr. Zakaria] he speaks about Islam in an incorrect way.  That’s fine, no big deal; criticize the religion at your leisure.  But if this son of the dog’s religion ever thinks that he will turn us against the prophet, I will beat the shit out of you!…  So what if someone [a Muslim] attacks Christianity; he’s attacking the religion—you son of a dog’s religion. He attacks the mistakes of your religion.  Go and converse with him—your mother’s c*nt!  But when you lie about our prophet, and you know you sons of a f*cked whore that the punishment for hurting our prophet is decapitation. Decapitation you sons of a f*cked whore!—in this there’s no debate.  Any homo son of a slut whose mother fingers his a**hole—it’s decapitation immediately, you sons of a filthy whore.

So it’s okay to criticize Islam, to honestly and openly debate Muslims, says Saber and countless Muslims like him, but it’s not okay—it’s the death penalty—to say anything that might offend or “hurt” the prophet’s reputation.  On the surface this may seem reasonable—discuss the doctrines, don’t disgrace their founders—until one realizes that no Islamic doctrine can be discussed or criticized without tracing it directly back to and thus implicating Muhammad, as he is their ultimate, textual source: whether through the hadith, Muhammad’s words and teachings, or whether through the Koran, Muhammad’s words and teachings masquerading as the words of God.

Going back full circle to Fr. Zakaria Botros, this is precisely why the Christian priest is so reviled by some Muslims: as he frequently laments, everything he discusses “is from your books—the Koran, hadith, sira, and tafsir!  The things you get angry at me for saying were first said or done by your prophet—or so you teach.  I’m just the messenger!”