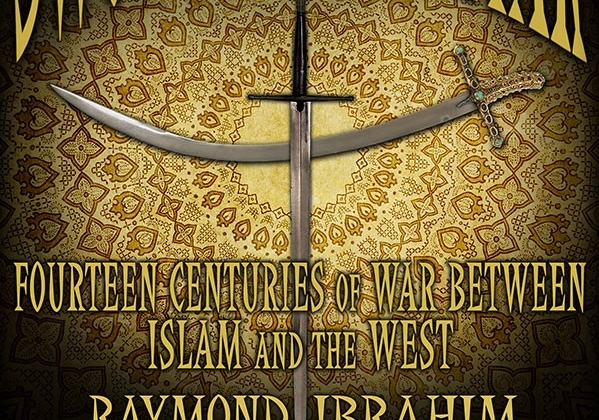 Raymond Ibrahim, a Shillman Fellow at the David Horowitz Freedom Center, will be speaking about his book, Sword and Scimitar: Fourteen Centuries of War between Islam and the West, at the U.S. Army War College in Carlisle Barracks, Pennsylvania, next week.

This is significant: the War College first invited Mr. Ibrahim to speak last year; however, one week before his scheduled appearance in June, 2019, a number of politically active Islamists—including CAIR, Linda Sarsour, etc.—protested wildly, including by presenting Mr. Ibrahim as a “white supremacist” who if allowed to speak would incite an “already racist and nationalist” American army to start randomly killing Muslims in the street (for background, click here).  Due to the hysteria created by CAIR and allies, the event was subsequently canceled/postponed.

It is, therefore, a very welcome development to see Mr. Ibrahim re-invited to lecture about the long but suppressed history of conflict between Islam and the West before what will no doubt be an even larger military audience—thanks to the previous controversy created by CAIR.

The description and flyer of the event, as they appear on the U.S. Army Heritage & Education Center, a branch of the War College, follows.  FrontPage readers who live locally are encouraged to attend this free event:

On Wednesday, February 26 at 6:30 p.m., at the U.S. Army Heritage and Education Center (USAHEC), author Raymond Ibrahim will address the historical roots of the Christian-Islamic rivalry in, “Sword and Scimitar: Fourteen Centuries of War between Islam and the West.” From the birth of Islam and the long forgotten battles leading to the present day conflict, Ibrahim will provide historical and religious context to understand the current relationship between Islam and the Western world. He will draw on his research of original Greek and Arabic sources used for his 2018 book. The lecture will be followed by a moderated discussion.

Raymond Ibrahim is a book author and speaker on Middle East and Islamic topics. He is currently the Shillman Fellow at the David Horowitz Freedom Center, Distinguished Senior Fellow at the Gatestone Institute, and Judith Friedman Rosen Writing Fellow at the Middle East Forum. Ibrahim’s presentation is part two of the Controversies second theme “Historical Underpinnings of Conflict between Islam and the West,” and the fourth in the “Controversies in Military History Lecture Series.” This series provides an educational forum for our audience to examine provocative topics in the interest of academic growth and promoting communication. This series is designed to serve as an important step in evaluating differing perspectives, while encouraging open, professional dialogue on potentially opposing opinions. Lectures and topics do not necessarily reflect the policies or opinions of the USAHEC, the U.S. Army War College, or the U.S. Army. 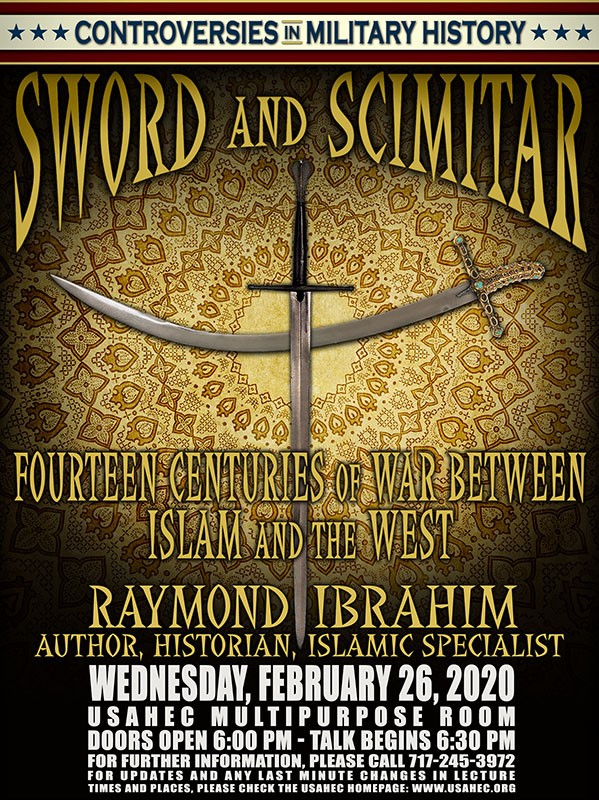